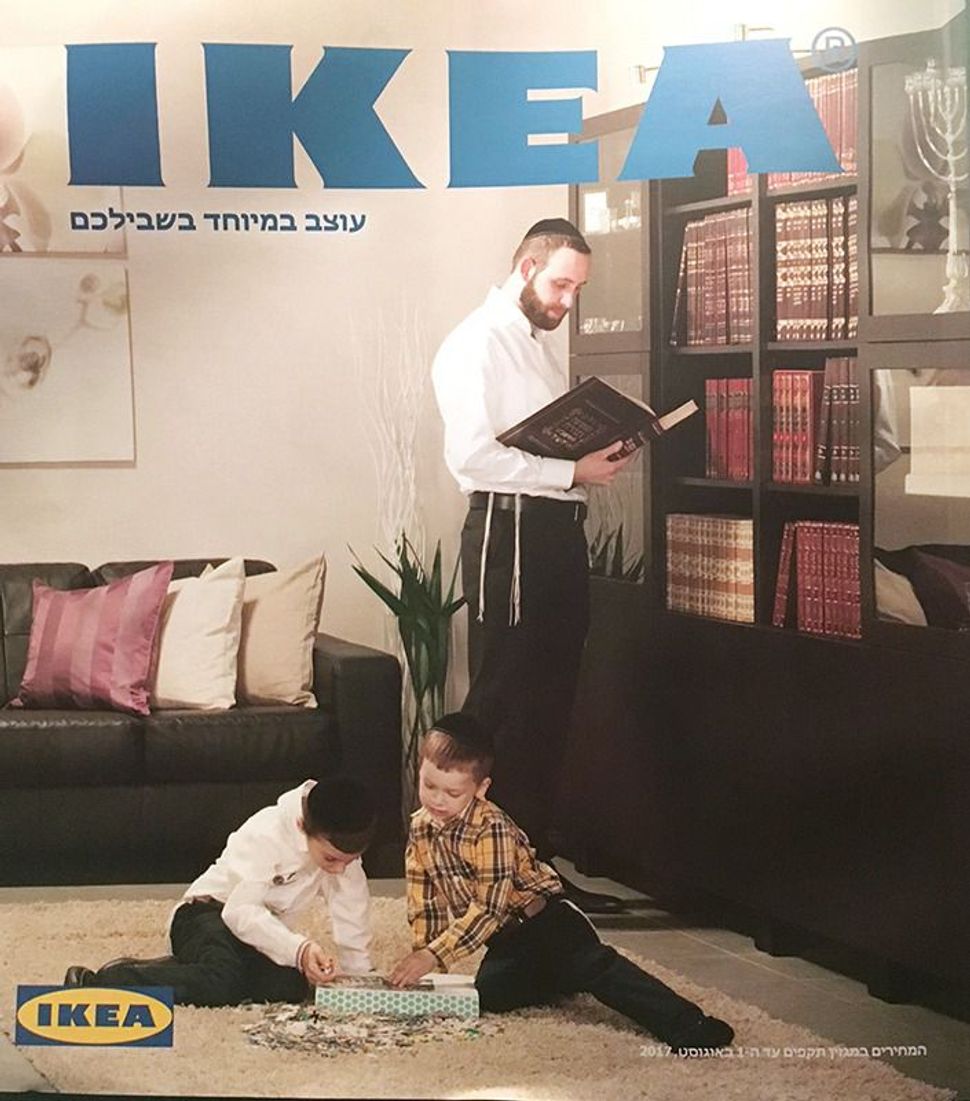 Swedish furniture retailer Ikea has come under fire in Israel after publishing a catalog without women.

Hoping to appeal to the country’s ultra-Orthodox Jews, the catalog released this month shows men and boys in domestic settings — clad in yarmulke and with side curls. They sit at a Sabbath table, in a study and a living room, artfully arrange tableaux plucked straight from everyday life.

But there’s no woman or girl in sight. 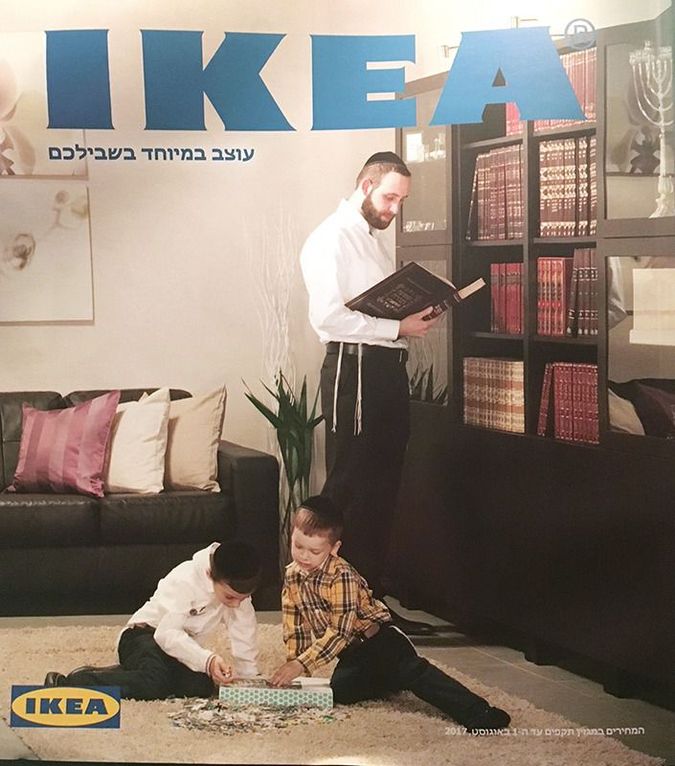 An odd look to some, but in ultra-Orthodox, or Haredi, circles, it’s common to erase women. Photos of women and girls rarely appear in print. Hillary Clinton, for example, is regularly photoshopped out of Orthodox newspapers.

“Where did the mother go in this picture?” one online commenter asked, according to Times of Israel.

“From the age of three, girls are not allowed in pictures,” another comment read.

Haredim make up about 10% of Israel’s total population of about 8.5 million. They buy a lot of furniture as they tend to have large families.

Koblenz said the brochure had been “customized specifically for the Haredi community in an attempt to reach this minority community in Israel with commercial messages.”