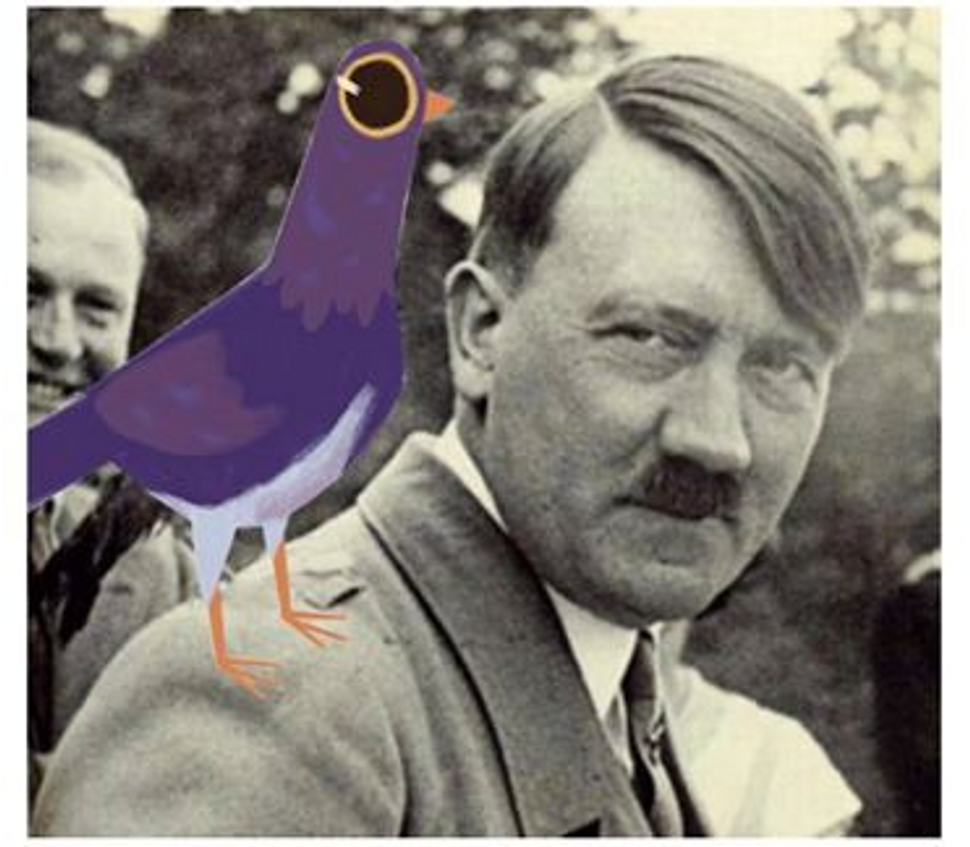 In the meme war over Pepe the Frog, the white nationalists won. Despite a a campaign to “save Pepe” from the “alt-right” who wielded images of the green frog to serve their ideology, Pepe remains solidly an online icon of white supremacy, posted on the Anti-Defamation League’s list of hate symbols.

Now, the meme war is being waged over “Trash Dove.”

Trash Dove is part of an iPhone icon set designed by the artist Syd Weiler. The most popular gif of the bird features the character head-banging wildly. But on 4chan, the social media platform populated by the white nationalist “alt-right,” the bird has gotten another send-up: as an icon of Nazism.

Earlier this month users began photoshopping the bird alongside swastikas or perched on Hitler’s shoulder, like a pet.

Some even took to calling the bird, “Pek,” a reference to another “alt-right” icon known as “Kek.” Kek is an ancient Egyptian character, imagined as some sort of distant relation to Pepe.

Now the Trash Dove is being recast as the symbolic reincarnation of another ancient Egyptian character: Thoth, the bird headed god.

This is all partly tongue-in-cheek, an elaborate troll. In the online world of the white nationalist alt-right, “shitposting,” — slang for posting deliberately inflammatory comments or images online to derail a conversation — is a favored pastime.