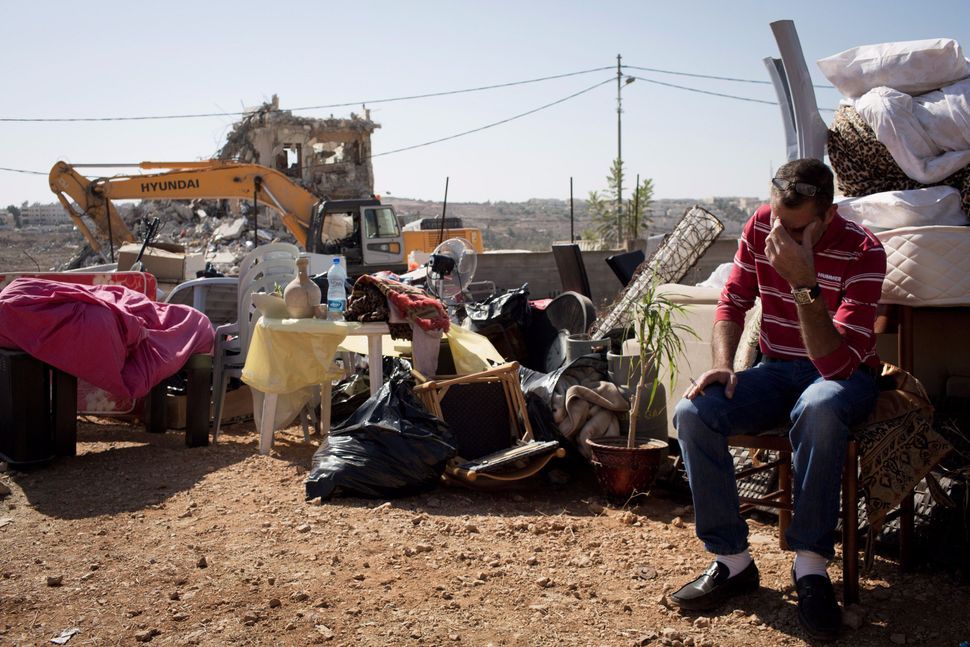 President Trump’s election is having a direct effect on the ground in Israel and the Palestinian Territories, as evidenced by an uptick in Palestinian home demolitions in East Jerusalem.

According to a report in Haaretz, a source in the Jerusalem municipality’s office linked the demolitions to a change in government restrictions with the arrival of the new U.S. administration.

The structures are built without permits, though Palestinian residents say that they tried to receive a permit before building or to get retroactive approval, which is almost never approved.

Since the beginning of January, 40 housing units in East Jerusalem have been demolished, compared with 203 in all of 2016.

In addition to the rise in home demolitions, President Trump’s inauguration was followed by the rapid approval of around 6,000 settlement units in East Jerusalem and the West Bank.

In the past, such policies were met with U.S. condemnation, but Trump has not commented on the specific building approvals and demolitions.