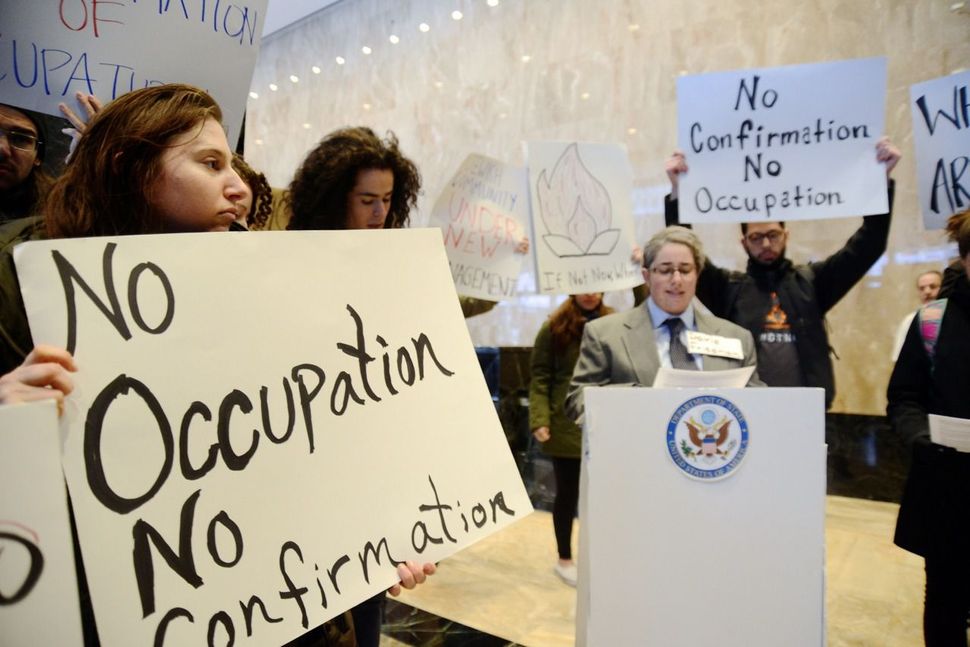 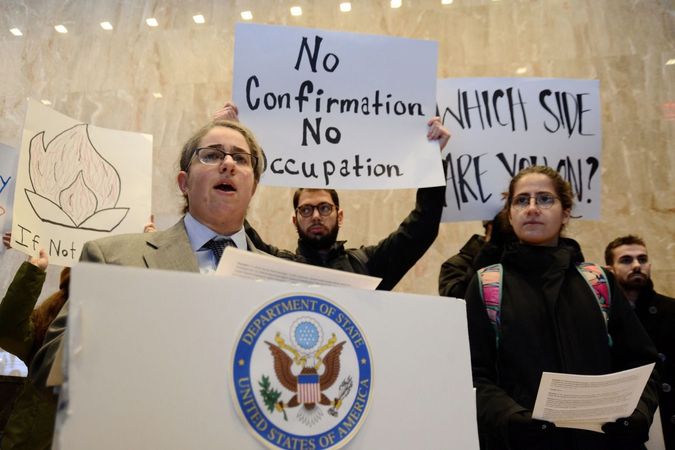 A group of just over a dozen young activists held a “mock confirmation hearing” for Friedman, with activists playing Friedman and the U.S. Senators who must approve his nomination. 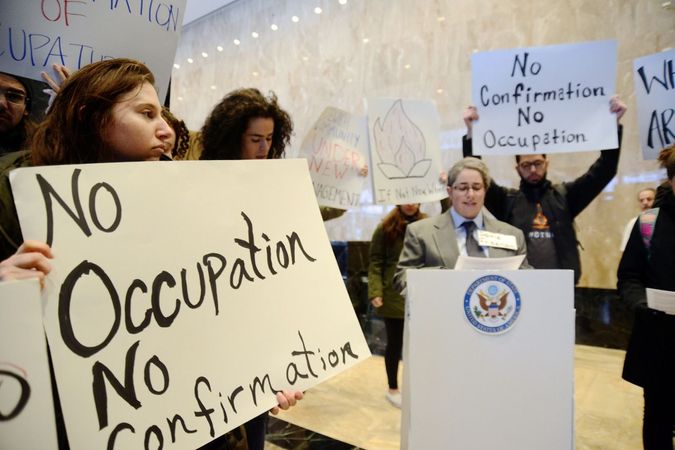 “David Friedman’s views on Israel and the occupation are deeply out of touch with the mainstream Jewish community,” said Jacob Friedman, an IfNotNow member, in an emailed statement.

Friedman’s actual confirmation hearing, held last Thursday, saw the bankruptcy attorney say that he regretted his choice of words in calling the left-wing pro-Israel organization J Street “worse than kapos,” but stuck by his condemnation of the group, which has close ties to If Not Now’s founders.

Correction: An earlier version of this blog post reported that Friedman had apologized for calling J Street “worse than kapos.” In fact, only said he regretted his language.