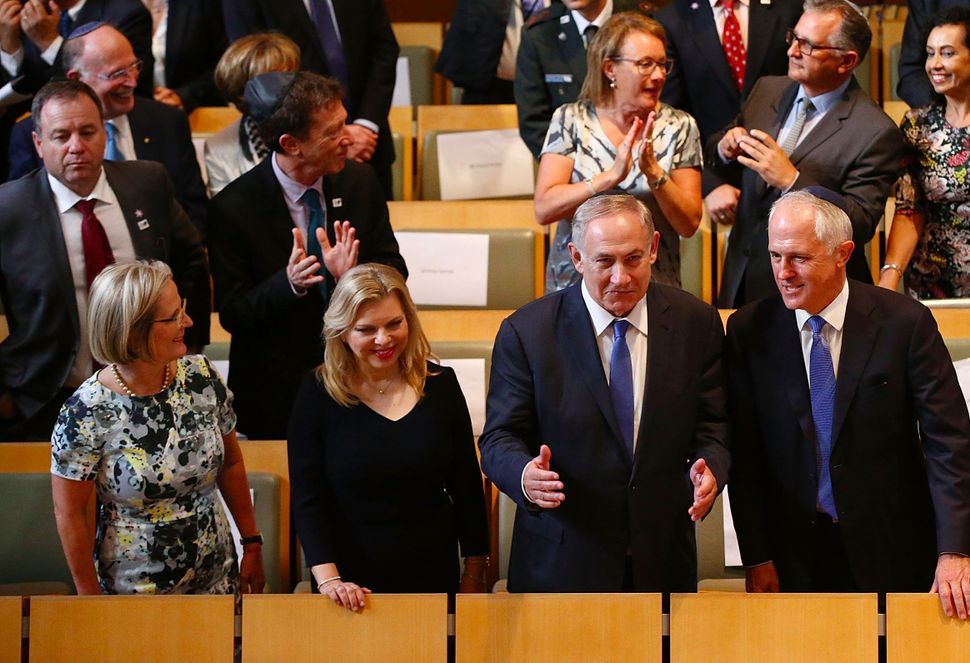 “It’s very important that President Trump took a strong stand against anti-Semitism and it’s important that we all continue to do so in the years ahead,” Netanyahu said in the Central Synagogue in Sydney, Australia.

In Israel, some media commentators had pressed Netanyahu to speak out more strongly against anti-Semitism, in light of what they said had been Trump’s reluctance to do so.

Netanyahu rushed to Trump’s defense after the president appeared to sidestep an Israeli reporter’s question about anti-Semitic incidents in the United States.

Several Jewish community centers in the United States were evacuated briefly on Monday after receiving bomb threats, the JCC Association of North America said. Vandals toppled about 170 headstones at a Jewish cemetery in St. Louis, Missouri over the weekend.

Netanyahu called for an international effort to combat “resurgent anti-Semitism” around the world.

“It is something that we need to fight together. I think this is important in Europe. It’s important in America,” he said.—Reuters