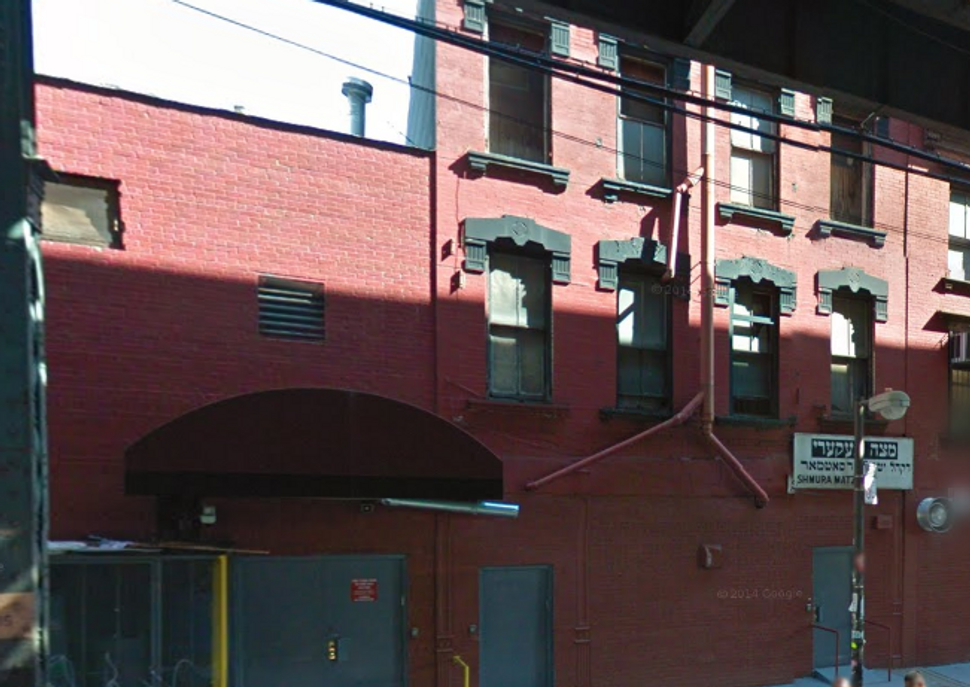 A Brooklyn matzoh factory owned by a Satmar Hasidic congregation burned on Tuesday after the owners failed to install a sprinkler system, workers and the New York Fire Department said.

The fire broke out in the wee hours of morning, in a wood-burning stove that was being used for the first time. Operated by the Yetev Lev D’Satmar Congregation, the building has $40,000 in building code violations, according to those records. Five thousand dollars of those charges are due to the lack of a sprinkler system.

Matzoh production is starting to perk up as this April’s Passover holiday fast approaches.