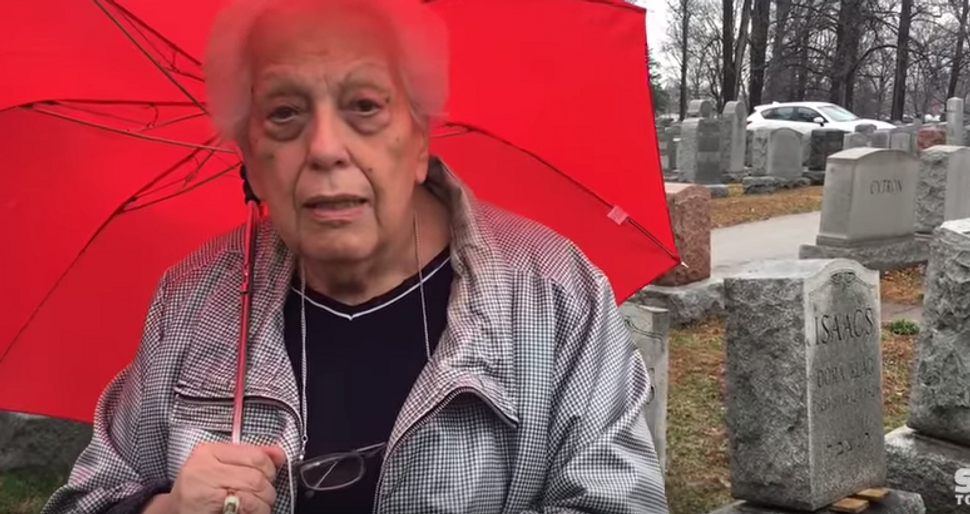 It was a painful time at the Chesed Shel Emeth cemetery outside St. Louis this weekend, as members of the local Jewish community surveyed the damage after vandals broke or tampered with over 100 headstones.

Janet Fishman, whose grandparents’ plot in the cemetery was disturbed, could not contain her upset in speaking to the city’s newspaper, the St. Louis Dispatch.

“I can’t tolerate something like this happening. And I don’t care if it’s a Jewish cemetery, or a Catholic cemetery,” choking up, as she described her tailor grandfather and business owner grandmother. She further said that she worried about replacing the headstones. “If they had any sense, they’d know that many of these people don’t have survivors living to come out,” she said, referring to the vandals.

The damage comes on a wave of hate crimes directed against the Jewish community in the wake of the election of President Trump, who was seen by many as trading on anti-Semitic tropes in his bid for the White House. He and other administration officials have denounced the spate of hate crimes against American Jews in recent days.