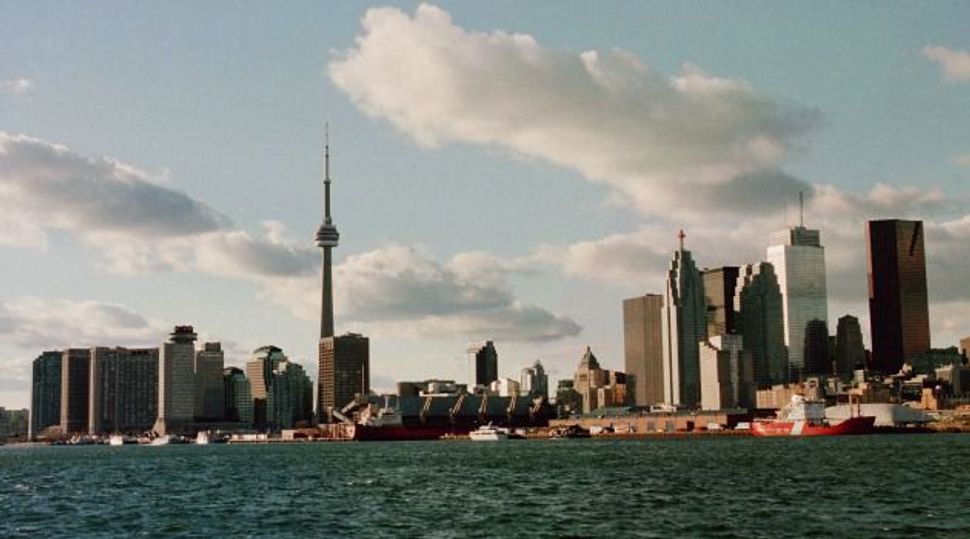 (JTA) — Yellow Post-it notes with hand-drawn swastikas and anti-Semitic language were stuck on the doors of a Toronto condominium building with many Jewish residents.

At least one of the notes said “No Jews,” the Canadian Broadcasting Corp. reported. Also, mezuzahs on the doorposts of several apartments were removed or damaged, including a replacement for one that had been vandalized several days before the incident only hours after it had been mounted.

The notes and vandalism were reported to Toronto police on Sunday night. The police reportedly are investigating the incident as a potential hate crime.

Residents reportedly believe the vandal is someone who lives in the building. There are no surveillance cameras in the hallway.

“Anti-Semitism has no place in Toronto,” Mayor John Tory said in a statement issued Monday. “Our Jewish residents should not have to face hatred on their doorsteps. These acts, and the people who carry them out, do not represent Toronto or Torontonians.”