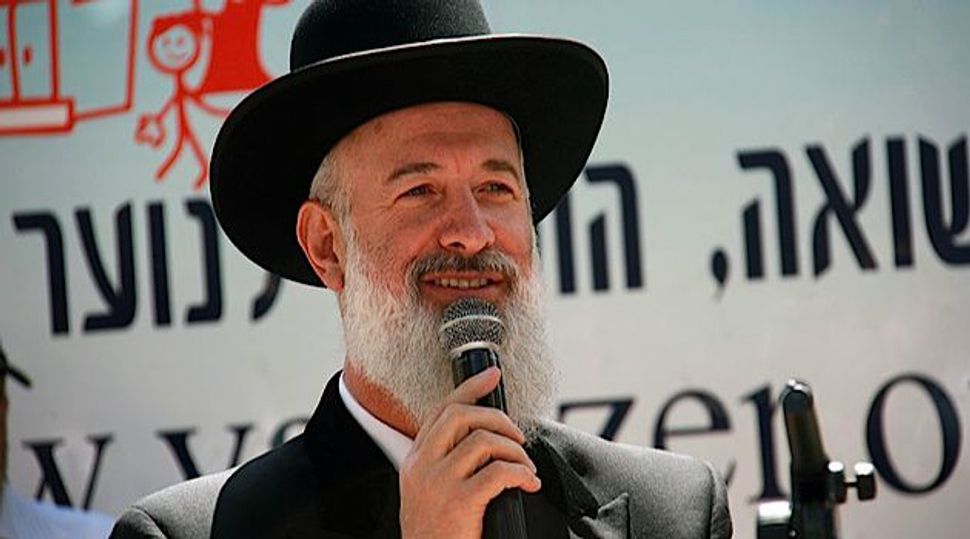 JERUSALEM (JTA) – A judge in Jerusalem rejected a plea deal between prosecutors and Yona Metzger, a former Ashkenazi chief rabbi of Israel.

Under the deal signed in January, Metzger pleaded guilty to fraud, breach of trust and tax offenses.

The Jerusalem District Court judge sentenced Metzger to 4.5 years in jail, more than the 3.5 years under the original plea bargain, but less than the 7 years that he could have sentenced.

Metzger will be the first Israeli chief rabbi to serve jail time on corruption charges. He is scheduled to begin his prison sentence on May 3, at Nitzan Prison in Ramle.

The judge, Moshe Yo’ad Hacohen, said in his sentence that he felt that he needed to increase the sentence due to Metzger’s high public position, the Times of Israel reported.

The rabbi was charged in October 2015 with fraud, theft, conspiracy, breach of trust, money laundering, tax offenses and accepting bribes. Metzger was accused of accepting nearly $2.6 million in bribes — keeping nearly $2 million for himself while paying the rest to accomplices and charitable organizations.