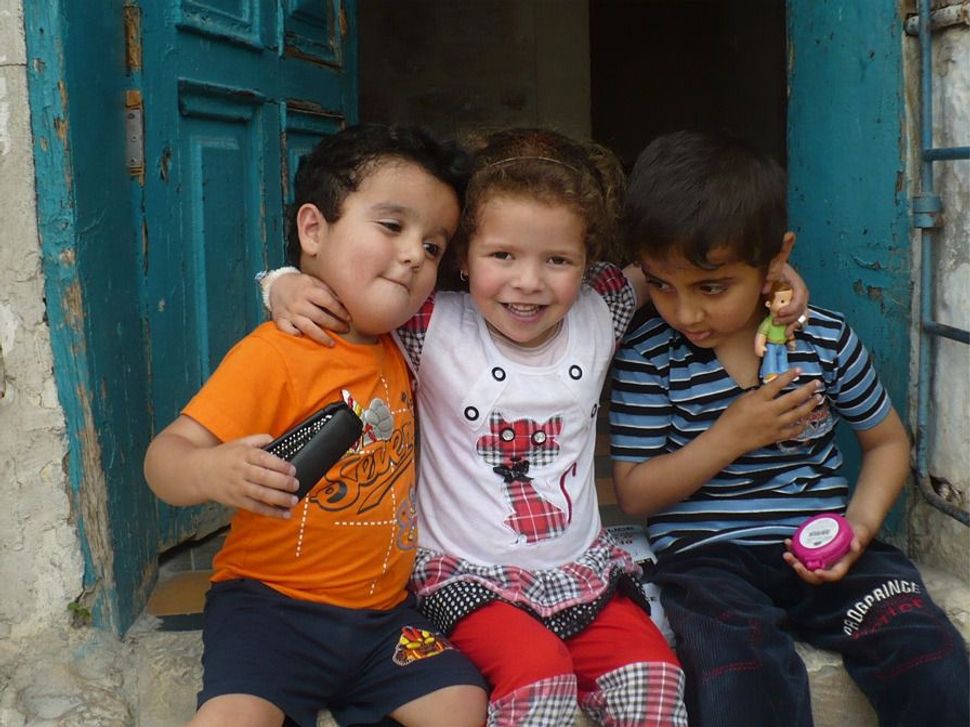 Shevet Achim, whose name means “brothers dwelling together,” has been quietly arrange transport for Syrian youngsters from their countries of refuge into Israeli hospitals. So far, at least six children have made the trip.

Jonathan Miles, the group’s founder, has been helping to facilitate Israeli medical treatment for Arab children born with heart defects for the last 23 years. Between 10 and 20 children come to Israel each month, typically from the Gaza Strip or Iraq, and now Syria.

Israel’s public health insurance program, coupled with the generosity of doctors, makes Israeli treatment an inexpensive option compared to treatment at other Western hospitals. Surgeries cost around $8,000 including the cost of temporary stay in Israel.

The group’s philosophy, said Miles, is that “every human being is worthy of the same medical care you or I would want for our children.”