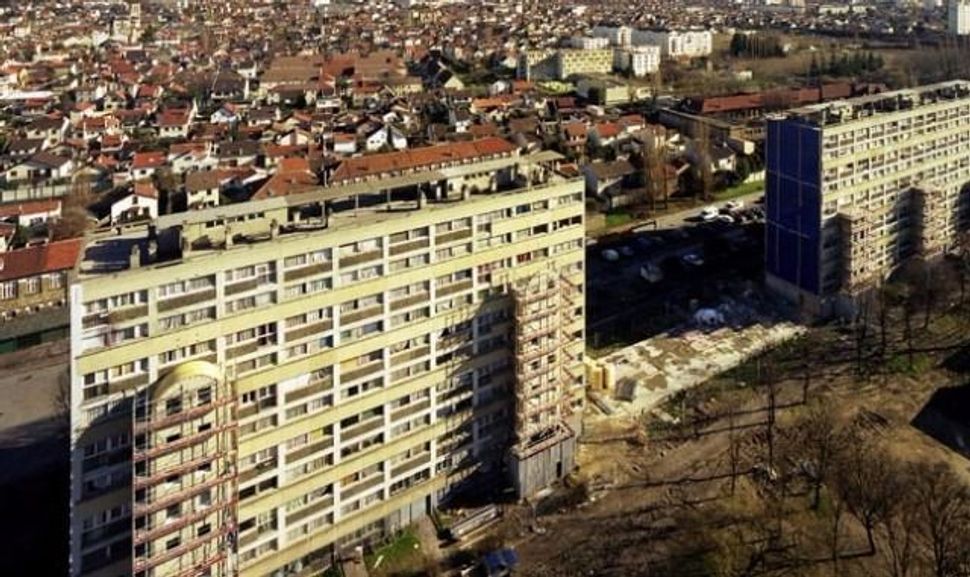 (JTA) — Two Jewish brothers said they were abducted briefly and beaten by several men in suburban Paris in an incident that ended with one brother having his finger sawed off by an assailant.

The brothers were hospitalized in what was described as a state of shock following the incident Tuesday night in Bondy. A case report published Thursday by the National Bureau for Vigilance Against Anti-Semitism, or BNVCA, based on a police complaint by the alleged victims did not specify their medical condition.

The kippah-wearing brothers, whose father is a Jewish leader in Bondy, were forced off the main road by another vehicle on to a side street, according to the BNVCA report. While the vehicle was in motion, the driver and a passenger shouted anti-Semitic slogans at the brothers that included “Dirty Jews, You’re going to die!” the father told BNVCA based on the complaint filed by his sons.

The vehicle forced the brothers to stop their car, and they were surrounded by several men whom they described as having a Middle Eastern appearance.

One of the alleged attackers then sawed off the finger of one of the brothers.