Where Are Jared And Ivanka On Trans Bathrooms? 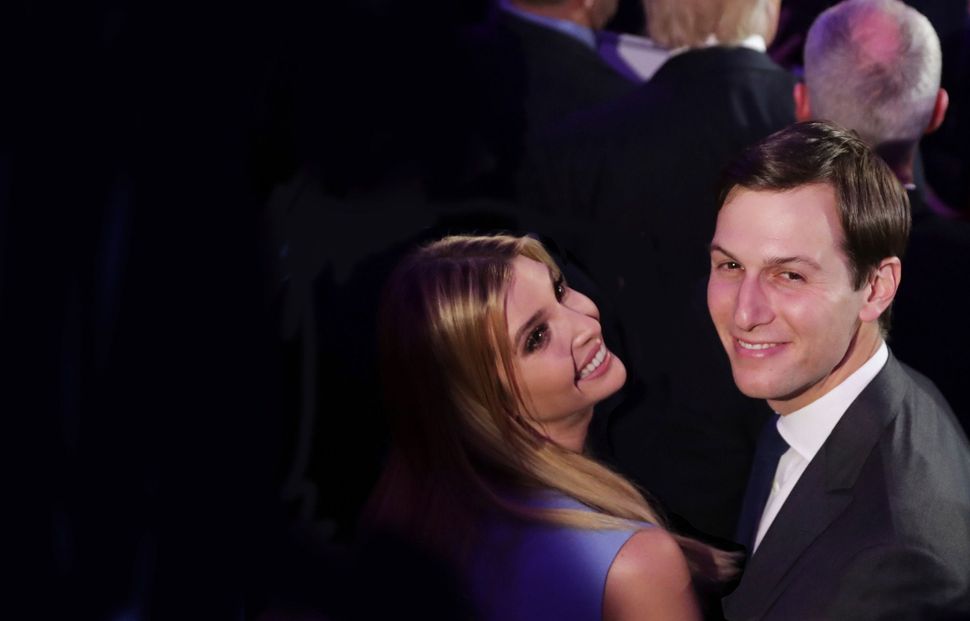 Advocates for LGBT rights are looking to Jared Kushner and Ivanka Trump to speak out against new guidelines that strip protection from trans students – and they’re coming up empty.

The new guidelines, published Wednesday, reverse an Obama-era ruling that high schools must allow transgender students to use the bathrooms matching their gender identities. Jewish groups have been outspoken critics of the new policy.

Kushner and Ivanka Trump were seen as instrumental in quashing an earlier Trump administration measure that would have rescinded workplace anti-discrimination protections for LGBT people, according to Politico. In its place, the two managed to secure a statement from the White House that pronounced the administration “determined to protect the rights of all Americans, including the LGBTQ community.”

But the couple have not publicly spoken out about the White House announcement that it was reneging on Obama-era guidelines from the Justice and Education Departments that ensured those rights.

“It seems to me that when you have to rely on Ivanka Trump to advocate for civil rights issues, that’s a problem,” Anthony Kreis, a law professor at the Chicago-Kent College of Law, told Politico. “What is her role here? There’s the deeper question, of whether we should have to rely on the president’s daughter to go toe to toe with the attorney general.”

“Yesterday’s actions really puts into question whether there are allies in this administration,” Chad Griffin, head of the Human Rights Campaign, told the news site. “It’s important to define what an ally is… An ally is someone who stands up, champions and fights for our community.”

Where Are Jared And Ivanka On Trans Bathrooms?