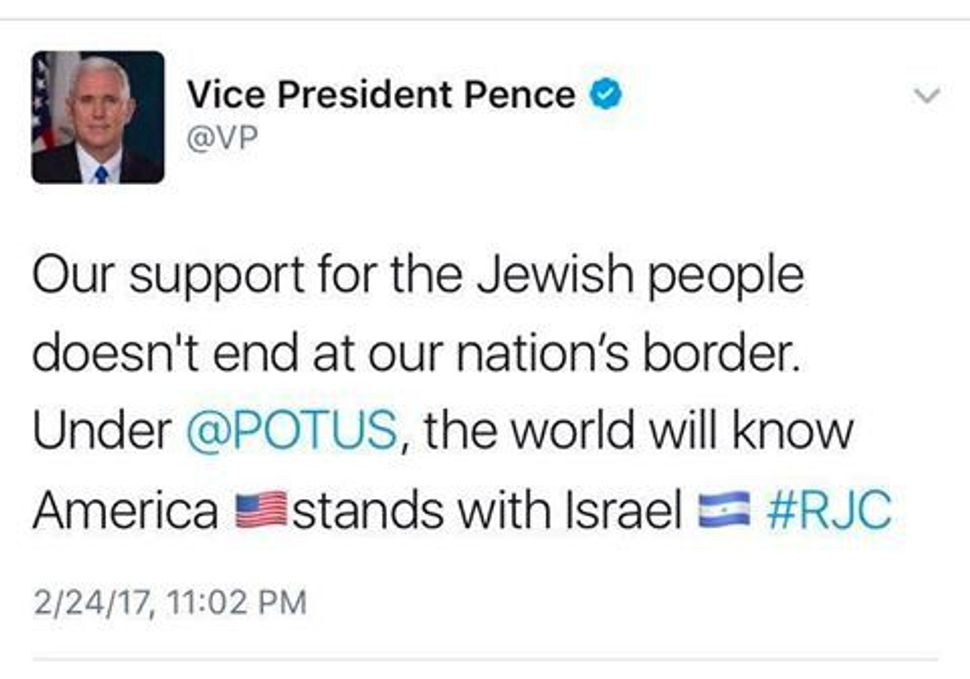 Memo to Vice President Mike Pence: everything that flutters and is blue is not the Israeli flag.

Pence, who has emerged in recent days as a somewhat unlikely emmisary from President Trump to the Jews, twice tweeted an emoji of the Nicaraguan flag before appearing at a Republican Jewish Council event.

The veep apparently mistook the Central American nation’s flag, which has two horizontal blue stripes and a triangle in teh middle, for that of Israel.

The mild-mannered vice president is a Christian conservative and enjoyed a less-than-chummy relationship with the small Jewish community in his home state of Indiana.

But Pence was outspoken in denouncing anti=Semitism even as Trump was reluctant to openly discuss a wave of threats against Jewish institutions.

He picked up a rake to help clean up a St. Louis cemetery that was vandalized by anti-Semites last weekend. And he was dispatched to address GOP Jews in Las Vegas in an effort to mend fences after Trump’s rocky first several weeks in office.