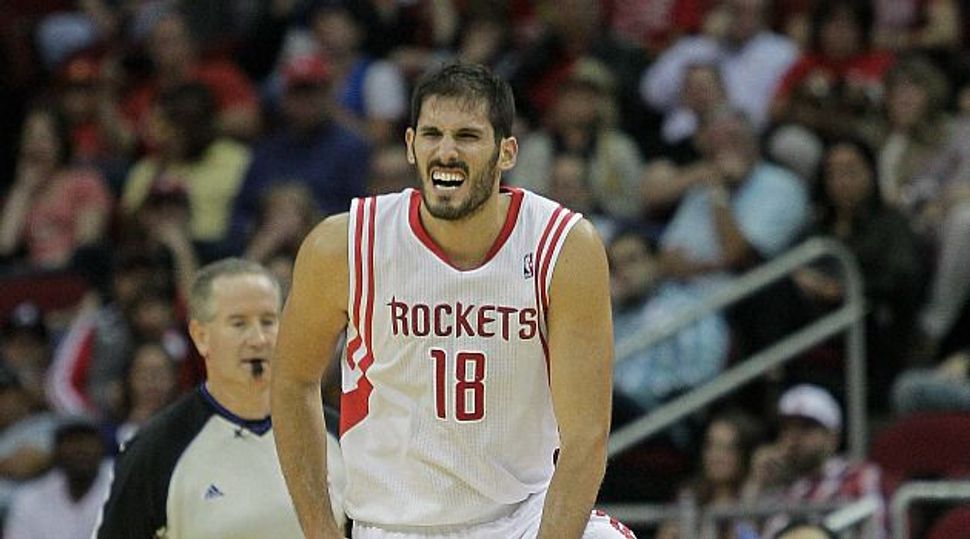 (JTA) — Omri Casspi, the first Israeli to play in the National Basketball Association, was waived by the New Orleans Pelicans less than a week after he was traded to the team.

Casspi was waived by the Pelicans on Saturday, after suffering a broken thumb Thursday night in his debut with the team.

Casspi was part of a was part of a blockbuster five-player trade that had sent the veteran forward and  All-Star center DeMarcus Cousins to New Orleans from the Sacramento Kings.

“I think he understands,” Pelicans coach Alvin Gentry told ESPN Saturday. “We talked about it. It’s just kind of an unfortunate situation because I felt like he was going to be a guy that could help us.”

Casspi will be sidelined with the injury for at least four weeks, which is most of the rest of the regular season.

Casspi played with the championship Maccabi Tel Aviv team in Israel before making himself available for the 2008 NBA draft.

The 6-foot-9 Casspi had been playing about 19 minutes per game this season, averaging 5.9 points and 4.1 rebounds.