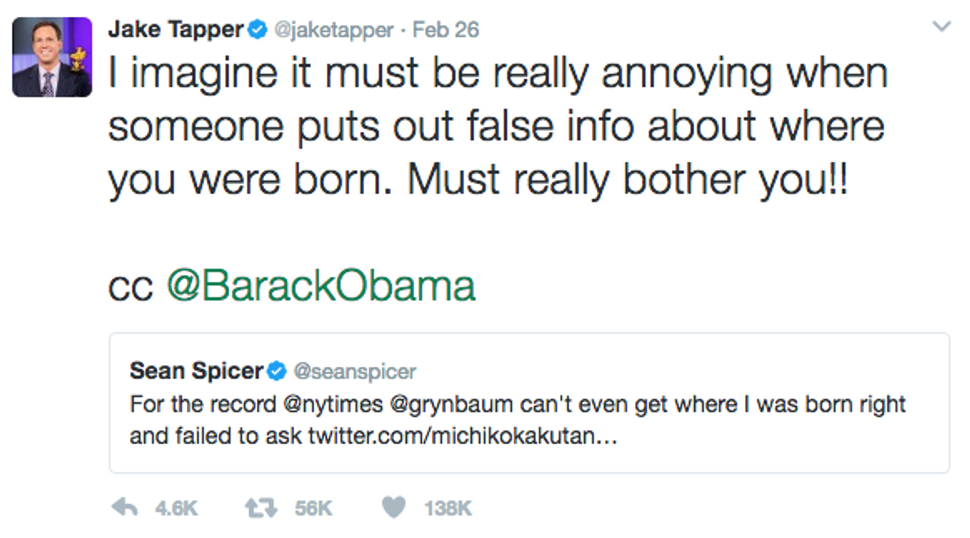 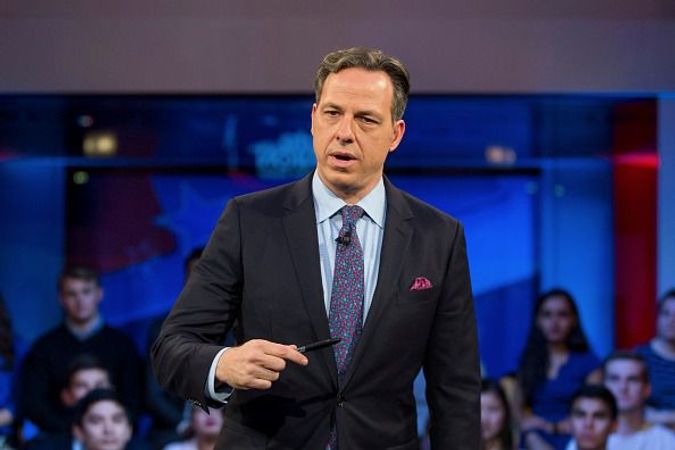 After Sean Spicer complained that The New York Times failed to get his birthplace right in a weekend story, Jake Tapper trolled the White House press secretary with a reference to the “birther” canard that boss Donald Trump used to denigrate former President Obama. 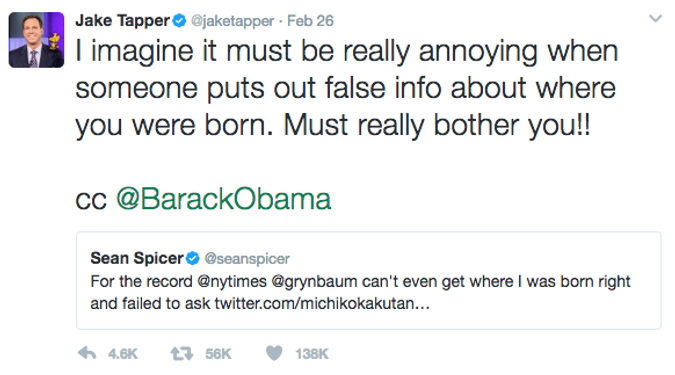 Questions over Spicer’s birthplace surfaced after The Times referred to him, before his stint in Washington, D.C. a Rhode Islander, as “New England-born” in a piece on the relationship between the media and the White House. He disputed that characterization on Twitter, but apparently declined to go on record to reveal where he was actually born, which the newspaper noted in a correction to the story.

President Trump burst onto the political scene as one of the leaders of the “birther” movement, which falsely alleged that Obama was born outside the United States, rather than in Hawaii as his birth certificate states. Obama got revenge on Trump for the remarks by mocking him as a vapid celebrity at the 2011 White House Correspondents’ Dinner, widely seen as an impetus for the billionaire real estate tycoon’s successful run for the presidency last year.