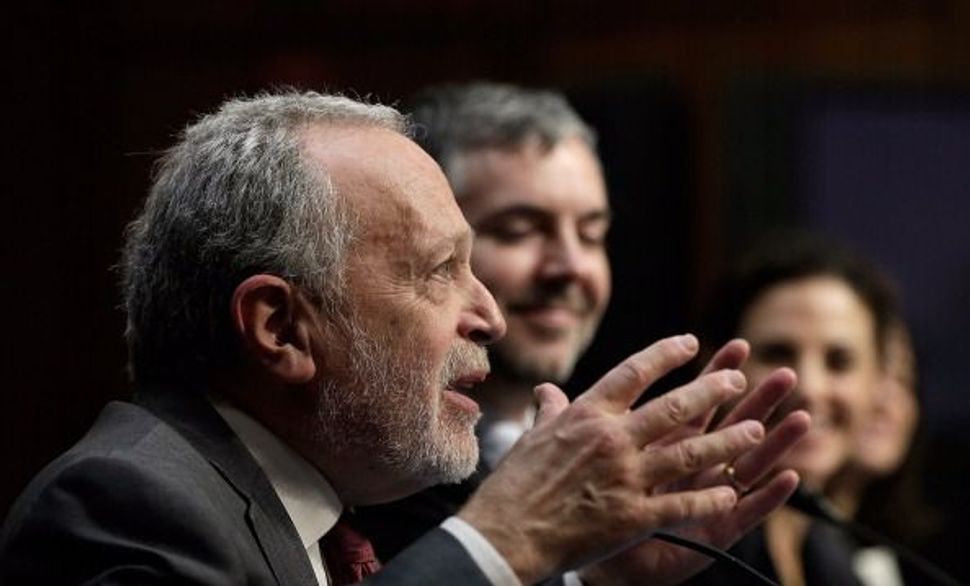 Taking their cue from the British parliamentary system, 15 American policy experts on the left announced the formation of an informal “shadow cabinet” to counter President Trump’s agenda with arguments and ideas of their own.

“Of course President Trump has legal legitimacy due to the Electoral College,” the Shadow Cabinet wrote on Twitter Monday. “But he lacks moral legitimacy when he incessantly distorts, denounces, misdirects, cherry picks, and self-enriches in an almost Orwellian long con. Those engaging in daily disinformation deserve daily responses.”

They added, “we’ll be a comprehensive, one-portal stop of ‘citizen secretaries’—officials and scholars who will comment agency-by-agency not just on small ‘lies’ but especially on false narratives in the service of political ends.”

Im Britain, it’s common practice for the party out of power to designate its own parliamentary members to serve in the Shadow Cabinet, developing competing policies with those being advanced by the majority.