‘Cards Against Humanity’ Co-Creator Sends Hitler Game To Every Senator 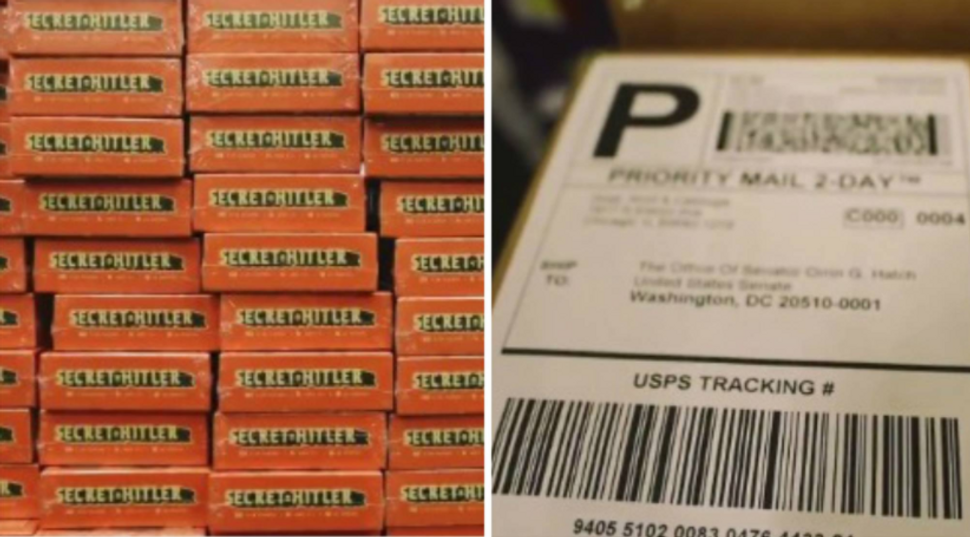 The co-creator of Cards Against Humanity has sent his new game that “models the rise of fascism in a democracy” to every U.S. senator.

The name of the board game is Secret Hitler — and its creators think the senators could learn something from it about President Trump.

Max Temkin, one of the creators of Cards Against Humanity, collaborated with video game maker Mike Boxleiter and author Tommy Maranges, to create the board game Secret Hitler according to the Daily Dot.

“We thought you and your staff might [find] our game relevant as you negotiate the balance of power with the Trump White House,” the three wrote in a note attached to each game.

? We sent a copy of Secret Hitler to every U.S. Senator: pic.twitter.com/38tMVfmP6a

Funding for the game came from Kickstarter, where more than $1 million was raised. The game is set in 1933 Germany and players experience what it feels like to witness the “rise of fascism in a democracy.”

The creators said they hoped senators would act as checks against Trump’s administration in the months ahead.

“The legislative branch plays an essential role in a stable, functioning democracy now more than ever,” the message to senators read.

‘Cards Against Humanity’ Co-Creator Sends Hitler Game To Every Senator