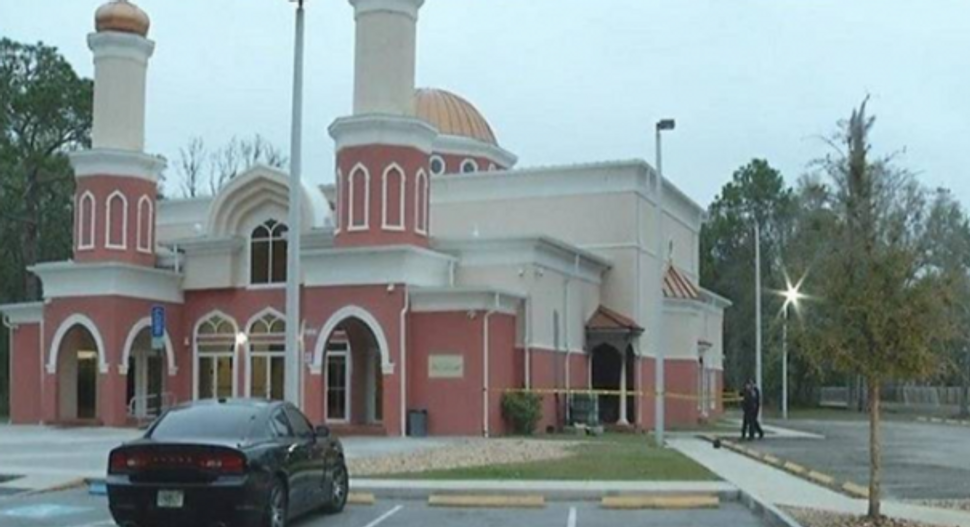 (JTA) — The Muslim man who started a crowdfunding page to help repair a mosque in Tampa damaged in an arson attack realized that many of the donors were Jewish after noticing the donations came in multiples of 18.

Adeel Karim set up the “Stand With New Tampa Muslims Against Hate” crowdfunding page on the Launchgood website on Feb. 24. The campaign raised nearly $60,000 in less than a week, surpassing its $40,000 goal.

“I couldn’t understand why people were donating in what seemed like weird amounts to the cause. There are sums of 18, 36, 72.00 dollars etc. then I figured out after clicking on the names Avi, Cohen, Gold-stein, Rubin, Fisher…. Jews donate in multiples of 18 as a form of what is called “Chai”. It wishes the recipient a long life,” Karim wrote Monday in a Facebook post.

“You learn something new every day. The Jewish faith has shown up in force to support our New Tampa Islamic community. I’m floored,” the post continued. It concluded with the hashtag #chaidelivered.

A quote on its website reads: “Let us not forget that we are all members of the same human fraternity.”