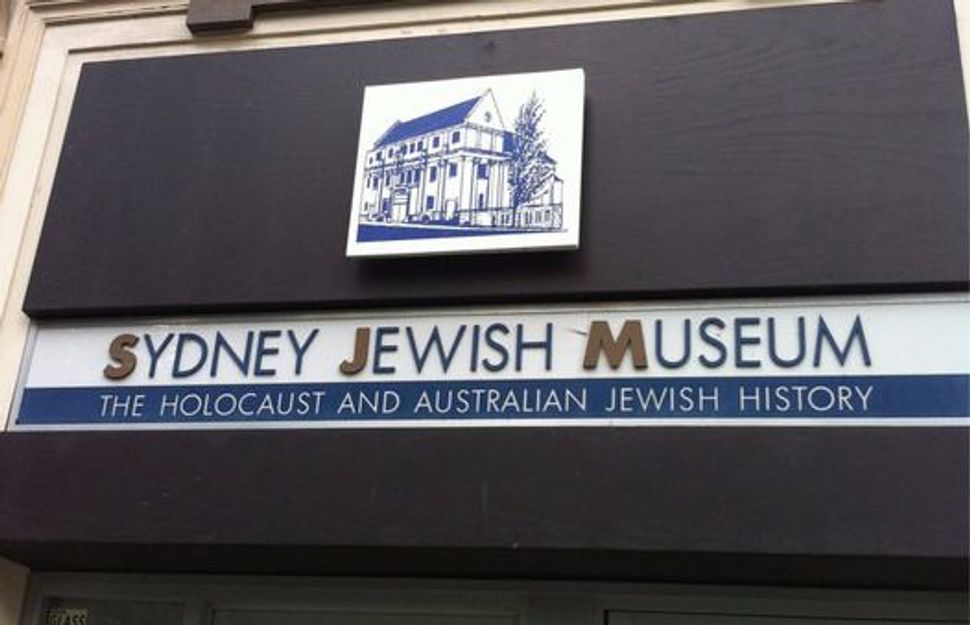 The bomb threat was received by museum staff on Tuesday.

All staff at the neighboring building housing the New South Wales Jewish Board of Deputies, Jewish Communal Appeal and United Israel Appeal also were evacuated. Police and security officials searched the buildings and allowed staff to reenter two and a half hours later.

Police are searching the area after a bomb threat was made at the Sydney Jewish Museum pic.twitter.com/AQcJfEuzLM

The museum, dedicated to documenting and teaching the history and lessons of the Holocaust, announced the launch of its new photo exhibition last week.

NSW Jewish Board of Deputies CEO Vic Alhadeff told JTA that the building was evacuated by police as a “precaution.”

The bomb threat in Sydney came less than a day after 28 Jewish Community Centers and Jewish schools, and the San Francisco office of the Anti-Defamation League were evacuated after receiving bomb threats on Monday in the fifth wave of such threats since the beginning of the year.