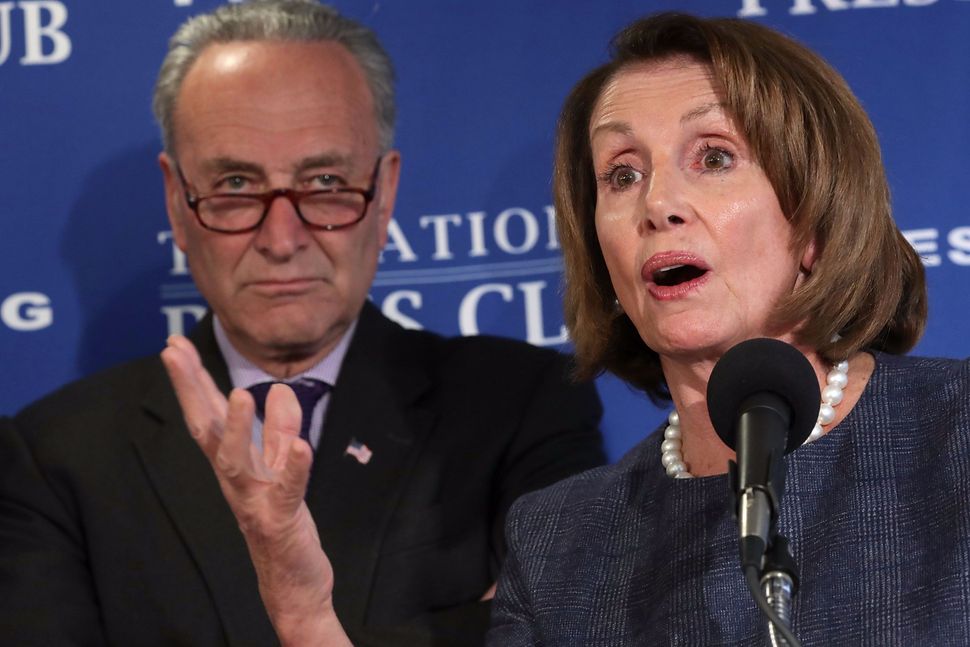 The Senate Minority Leader said he would judge the newly minted commander-in-chief by his actions, not a few well-crafted applause lines and an ability to stay on message for an hour and a half.

“This president’s speech matters a lot less than the speeches of just about any other president because they’re detached from his reality. He talks one way and does another,” the New York pol said on CNN’s “New Day” Wednesday morning.

“So, you know, you can give a speech but what the American people want is action and his actions are totally, totally detached from the speech,” he added, predicting that the president’s agenda would be dictated by special interests, the “bankers, billionaires, people with huge conflicts of interest, denizens of the swamp” in the Cabinet.

Due to its callouts to liberal priorities like the environment, and its temperate and optimistic tone, Trump’s address received positive feedback from many pundits and according to one poll a majority of Democrats.