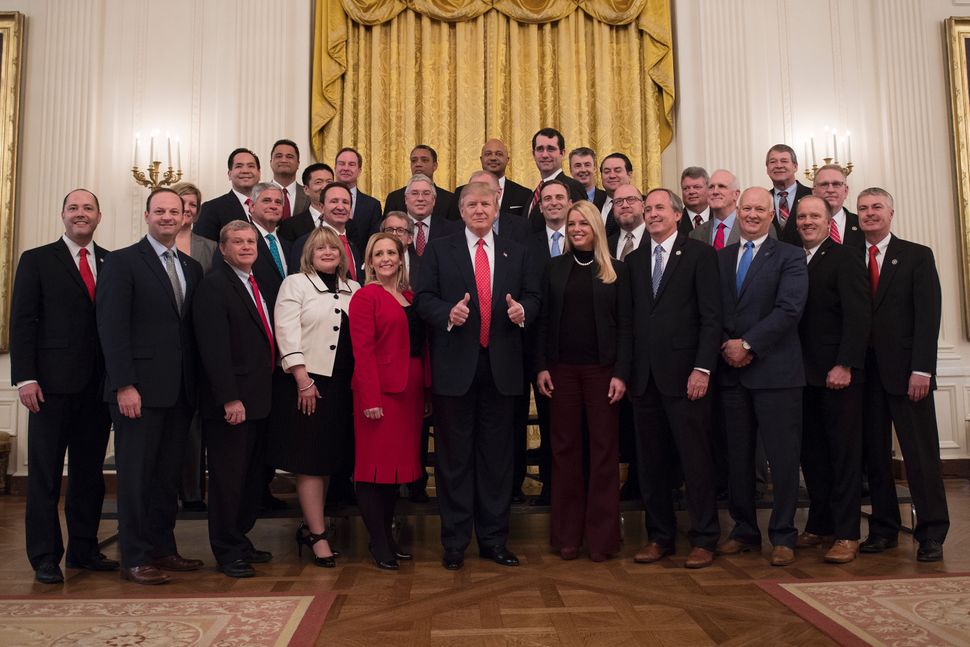 President Trump meets with members of the Association of Attorneys General at the White House, February 28, 2017 Image by Getty Images

President Donald Trump’s meeting Tuesday with members of the National Association of Attorneys General made headlines thanks to Trump’s comment suggesting that threats to Jewish community centers could be fake — and Pennsylvania AG Josh Shapiro was the one who told that story.

Shapiro also skipped the group photo with Trump, and so did Josh Stein of North Carolina and Oregon’s Ellen Rosenblum, in addition to several more of their colleagues nationwide.

New York’s Eric Schneiderman didn’t even attend the meeting, and made it known.

The White House published a list of 47 state Attorney Generals who attended the meeting, but Politico found that some Democrats on the list never showed up.

Schneiderman’s office said they had no idea why the White House included him on the list of participants.