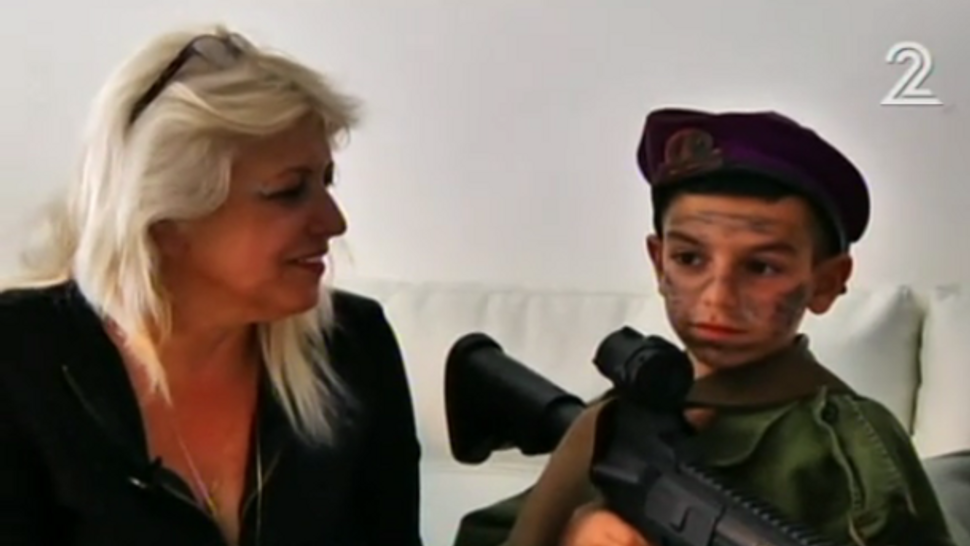 Elor Azaria, the Israeli soldier convicted of manslaughter for killing a prone Palestinian assailant, is now a Purim costume for Israeli kids.

Azaria is seen as a hero by many in Israel who was unfairly maligned by the media and courts after he shot and killed Palestinian Abdel Fattah al-Sharif, who no longer posed a threat, according to the court decision.

Azaria was sentenced to 18 months in prison, which he is now appealing.

A campaign to support Azaria is hosting a Purim costume competition for the best outfit in Azaria’s likeness. Prizes include an overnight stay in a bed and breakfast, amusement park tickets and a guitar, Haaretz reported, citing Israel’s Channel 2.

“Elor Azaria is a soldier who was sent to defend us, and I am proud to see children dressing up as him,” said Ran Karmi Buzaglo, the head of the campaign, in a statement to Channel 2.

The Channel 2 report featured Israeli Luna Dayan, whose grandson is dressing as Azaria for Purim. She said Azaria shouldn’t have shot al Sharif, but that he was a hero anyway for “taking the initiative” at the scene.