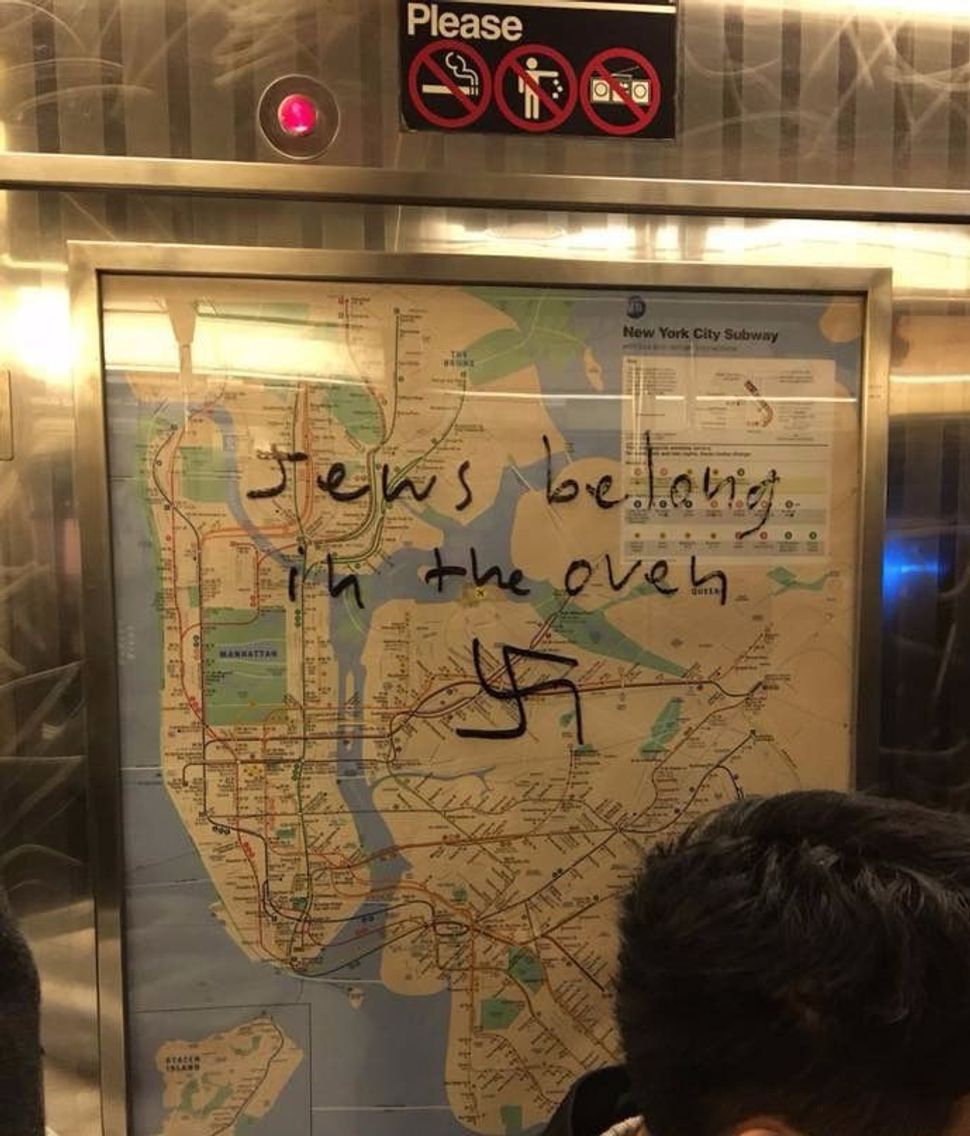 Passengers on this subway cleaned the anti-Semitic graffiti with Purell and tissues. Image by Facebook 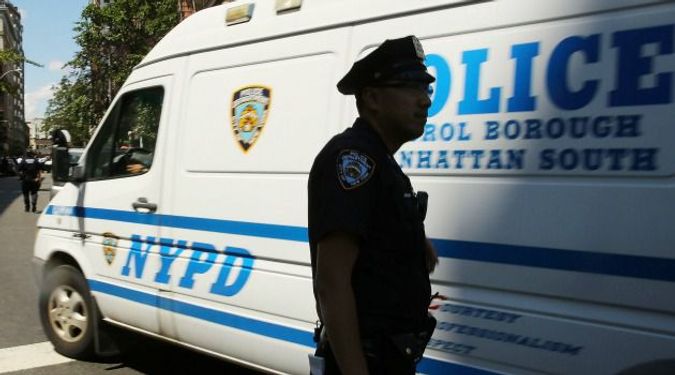 New York’s hate crime wave, which started after President Donald Trump’s November election, has continued in the new year, with the city police department releasing figures that show a virtual doubling of anti-Semitic incident reports over this time last year.

“Hate crimes are up in this city. They’re driven primarily by anti-Semitic hate crimes,” Chief of Detectives Robert Boyce said at a Queens press conference on Wednesday. According to the stats, there were 18 reports of anti-Semitic hate crimes in January and February 2016, as opposed to 35 such reports in January and February 2017. Overall, bias incidents are up 54 percent since 2016, with 68 reports through the first two months of the year, compared to 44 in the same period of 2016.

Those numbers confirm anecdotal evidence of a barrage of threats and vandalism against New York’s Jewish community, which has manifested in hate graffiti on buildings and in public spaces, in addition to menacing phone calls made to Jewish community centers in the city and throughout the country.

The NYPD said that it would beef up security at synagogues ahead of Passover in response to the figures, while New York Mayor Bill de Blasio signaled his dismay at the stats and promised to protect New Yorkers from hate crimes.

The incidents, he said, are occurring “against a backdrop of growing numbers of anti-Semitic instances all over this country and all over this world.” He added, “I want everyone who is concerned to know that NYPD is highly focused, as it always is, on protecting all communities.”