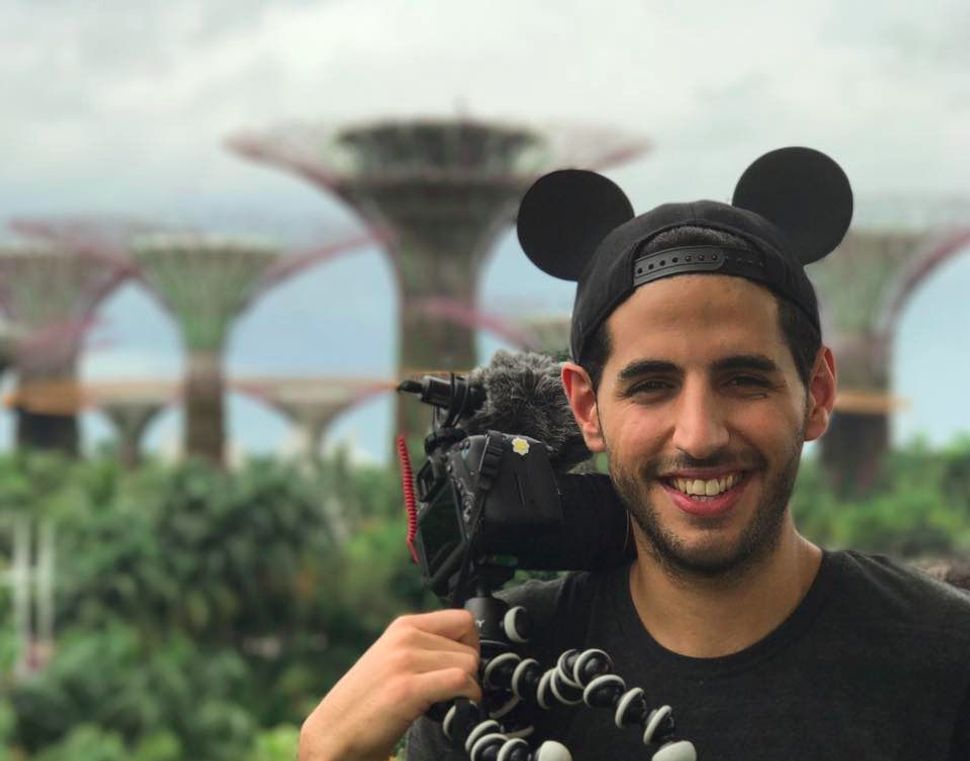 For the past 328 days, Nuseir Yassin has been traveling the world – from Nigeria to Myanmar, the Philippines to Mount Fuji – making daily one-minute videos that shine a light on the people, places and passions he comes across: good, bad and in-between.

The style and format – quick cuts, an engaging delivery and snappy subtitles – have helped make the videos go viral. Some of his mini-films have earned 25 million views.

“I just wanted to do something that felt meaningful,” Yassin, 24, an Israeli-born Palestinian and Harvard graduate who goes by the name Nas. “I realized that I’d lived 32 percent of my life and there was so much more I wanted to do.”

He wears a t-shirt bearing an image of a battery charger showing 32 percent of life complete.

In the early stages, Yassin felt his videos were sometimes touristy – “look at this place,” “how cool is this?” – but now he structures each more carefully.

In recent days, he has explored the social gaps between Israeli Jews and Israeli Arabs, efforts to bring both sides of the Israeli-Palestinian conflict together via culture and security issues in Israel.