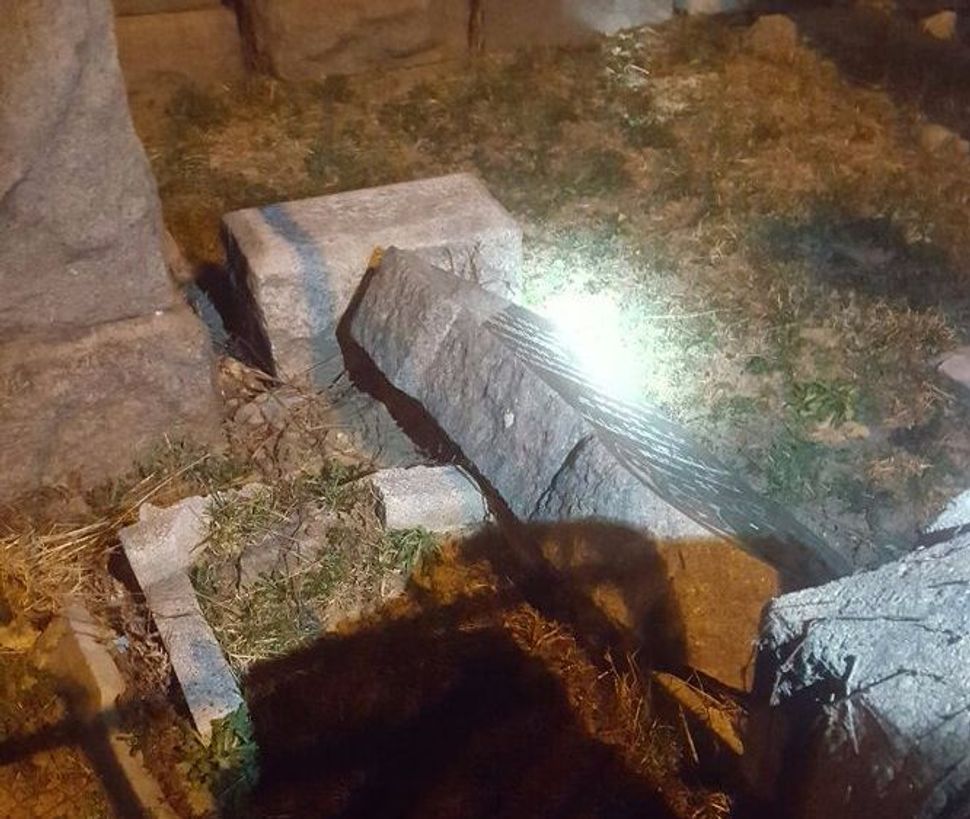 (JTA) — Headstones were toppled at a cemetery that serves the Jewish community in Brooklyn, New York.

The vandalism at the Washington Cemetery was discovered on Saturday night, according to reports.

New York Assemblyman Dov Hikind tweeted photos of some of the downed headstones on Saturday night. He said he was alerted to the vandalism by the Boro Park Shomrim organization, a Jewish security patrol.

.@BPShomrim alerted me that stones @ Washington Cemetery are down. I’ve spoken w/ the NYPD who are investigating. I’ll be there in the am. pic.twitter.com/j3wHa1dzEp

It is not known who toppled the headstones or why. In 2010, some 200 headstones were toppled in the same Brooklyn cemetery, also over a Friday night and Saturday, when the cemetery is closed.

The vandalism at the Washington Cemetery brings to four the number of Jewish cemeteries reported to have been vandalized in the last two weeks, including a second one in New York, the Waad Hakolel Cemetery in Rochester.  Dozens of gravestones were toppled and damaged at cemeteries in St. Louis and Philadelphia as well.