Reuven Rivlin Says U.S. Will Always Be ‘Island Of Safety’ For Jews 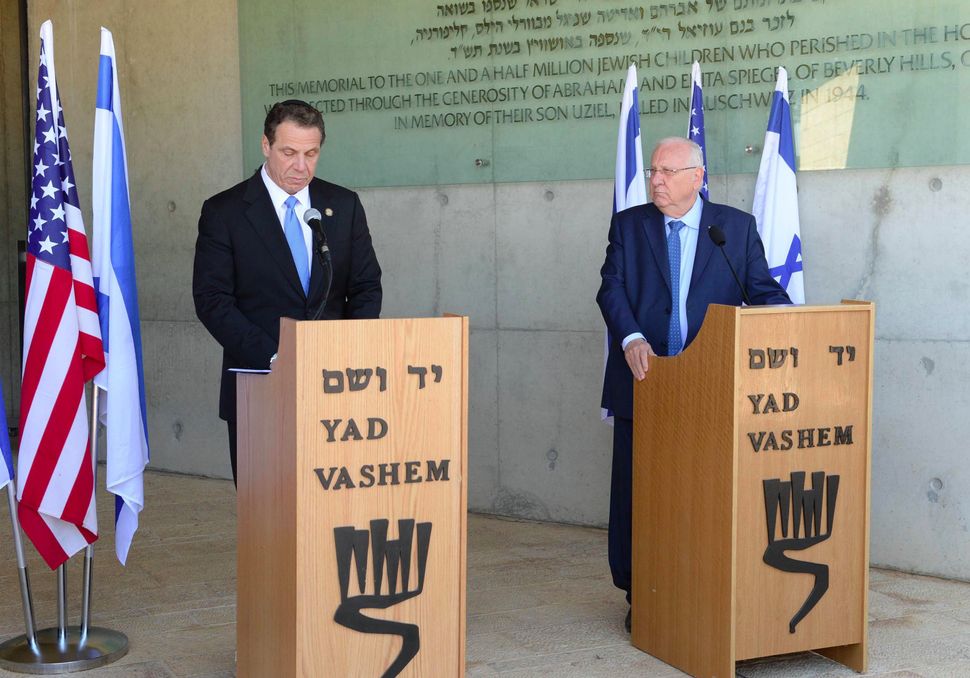 The United States should “never” change as an “island of safety” for Jews, said Israeli President Reuven Rivlin.

Rivlin commented on the spate of anti-Semitic bomb scares and cemetery attacks in the United States, saying that a “dark, bad, evil wave of anti-Semitism” has struck American Jews.

“There is one lesson from the Holocaust: Never Again. Jews must be safe wherever they are in the world, especially, and specifically, in the United States. Let us see none of this again.”

Rivlin spoke during a visit to Yad Vashem, Israel’s official Holocaust memorial, with New York Governor Andrew Cuomo, who laid a wreath at the Hall of Remembrance.

Rivlin also noted the Muslims standing against anti-Semitism in America.

“The fact that so many Christians and Muslims, came to aid the Jewish communities sends the clearest message against racism and hatred,” he said. “It is a sign of great hope and civil courage.”

Reuven Rivlin Says U.S. Will Always Be ‘Island Of Safety’ For Jews