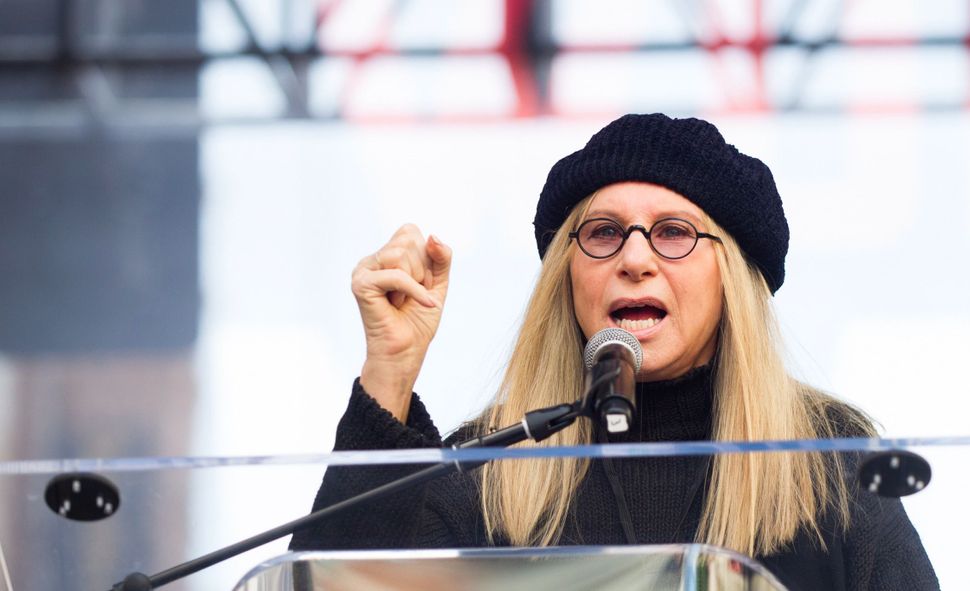 Barbra Streisand has a problem with Donald Trump — and it’s getting heavy.

The songbird says the president’s unhinged tweets are making her eat too much when she wakes up and sees what he’s been ranting about on Twitter overnight.

Donald Trump is making me gain weight. I start the day with liquids, but after the morning news, I eat pancakes smothered in maple syrup!

Babs, who spoke an an anti-Trump women’s march on inauguration weekend, told the twittersphere that she is usually good about starting her day with liquids.

Things went from bad to worse when Trump infamously accused Barack Obama of tapping his phone.

That sent the “People” diva heading for the fridge for the pancake mix and syrup — again.