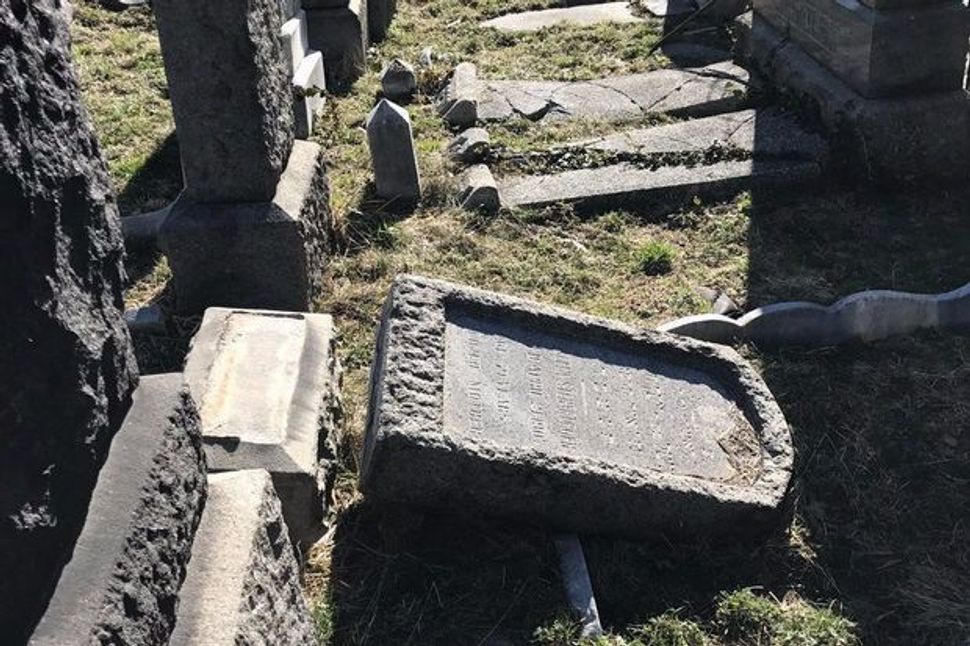 (JTA) — Jewish leaders in New York are disputing the New York Police Department’s finding that 42 headstones toppled in a Brooklyn cemetery are the result of neglect.

The headstones reported toppled on Saturday night at the largely Jewish Washington Cemetery originally were thought to have been the work of a vandal or vandals.

But police determined after an investigation on Sunday that the headstones had fallen off of their bases due to neglect and bad weather conditions.

New York Assemblyman Dov Hikind told the New York Post late on Sunday that the people who reported the damage to him walk by the cemetery every week to go to synagogue services.

“Something that looked wrong to them,’’ Hikind told the newspaper. “We’re talking about tombstones where if you look at it, you say, ‘Someone vandalized it.’”

Cemetery General Manager Marisa Tarantino told the Post that when headstones in the older sections fall over they move them over the grave so that the spot remains memorialized.  Cemetery workers concluded that many of the downed headstones noticed by the passers-by had fallen down over time.