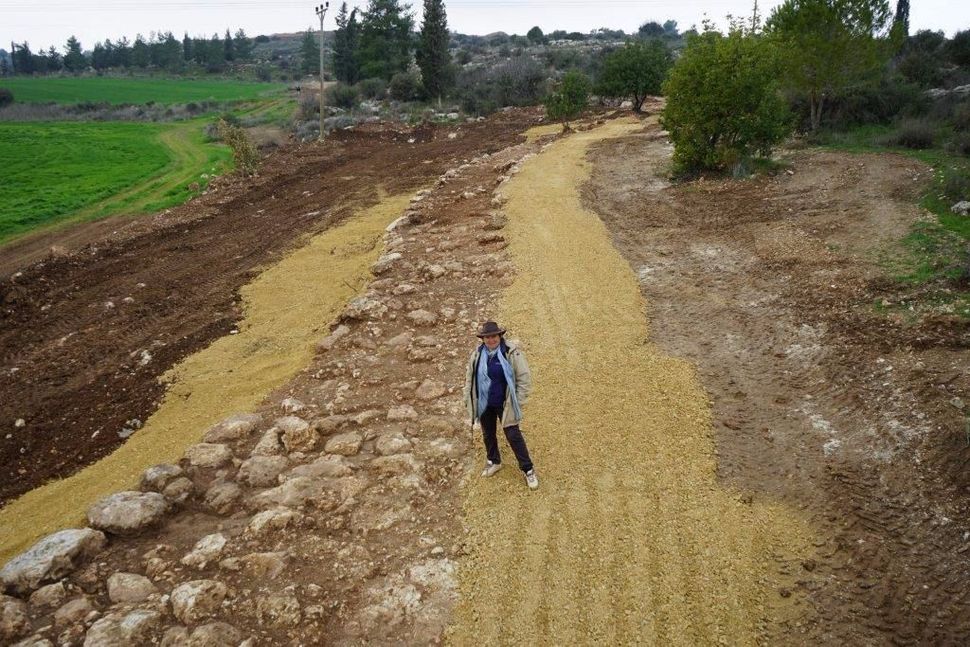 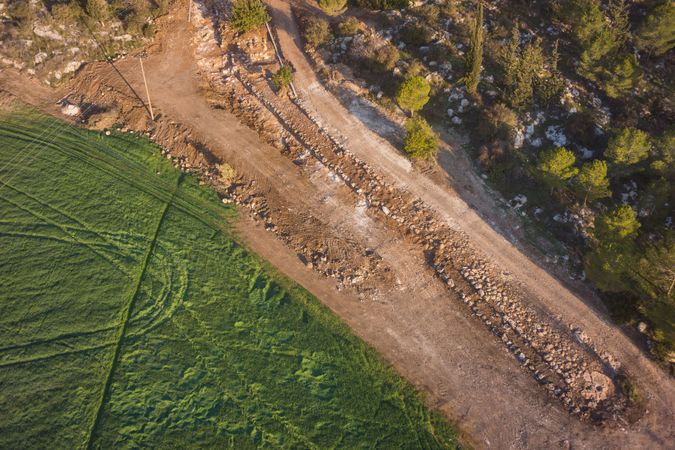 An aerial photo of the Roman-era road near Bet Shemesh. Image by Griffin Aerial Photography Company, courtesy of the Israel Antiquities Authority

The road is up to 20 feet wide at its widest and is just under a mile long. It travels roughly the same path as Israel’s Highway 375, which crosses through Bet Shemesh and part of the West Bank.

According to the Israel Antiquities Authority, the road linked a Roman settlement with a large highway that lead to Jerusalem known as Emperor’s Road. Some of the road’s travelers apparently dropped money on their way. Several coins dating as far back as 29 CE were discovered on the road, which was first located during an excavation ahead of the construction of a water pipeline to Jerusalem.

Coins discovered during the road excavation. Image by Clara Amit, courtesy of the Israel Antiquities Authority

Before the Roman Period, the Holy Land was traversed via trails, but under Roman rule beginning 2,000 years ago there was a major expansion of roads in order to coordinate military travel. These roads were also used to transport grain, oil and wine to villages.

Israel Antiquities Authority archeologist Amit Shadan said in a statement that the trail will be preserved in its place.