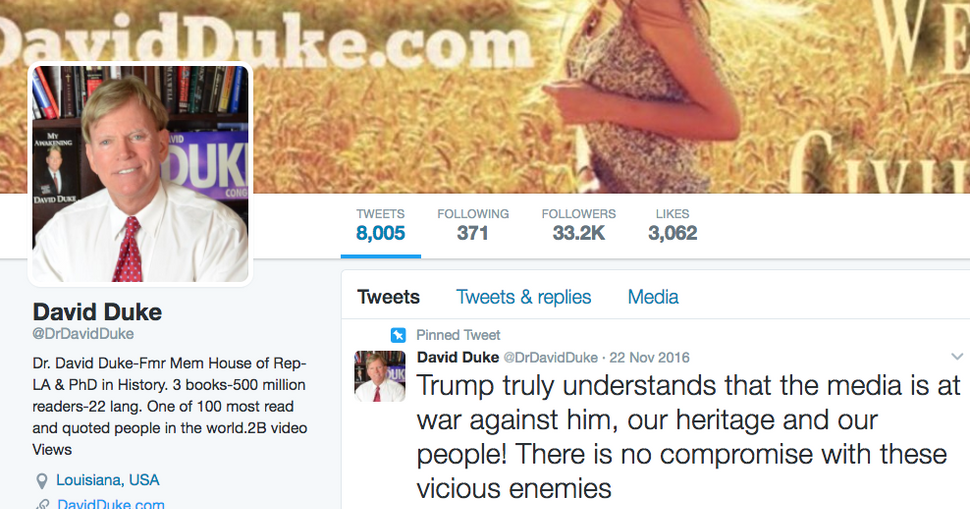 What was behind the episode? There was much speculation online — from his fans and critics.

It turns out it was all an accident.

Once news spread of Duke’s suspension, Twitter re-instated his account. According to the company, Duke not violate Twitter’s rules.

“We regularly review accounts and take action if they are found to have violated Twitter’s rules. If an account is found to have been suspended in error, we immediately restore it and notify the owner of our mistake,” a Twitter spokesperson told BuzzFeed News.

It’s not clear which tweets were flagged — prompting the Twitter review — but Duke is one of the country’s most high profile white nationalists or supremacists. Duke has more than 33,000 followers and is a sort of elder statesman in white nationalist circles. He has found a resurgence in relevance and popularity with the rise of the “alt-right.” President Trump has disavowed Duke, but the former KKK grand wizard continues to rally around the president.