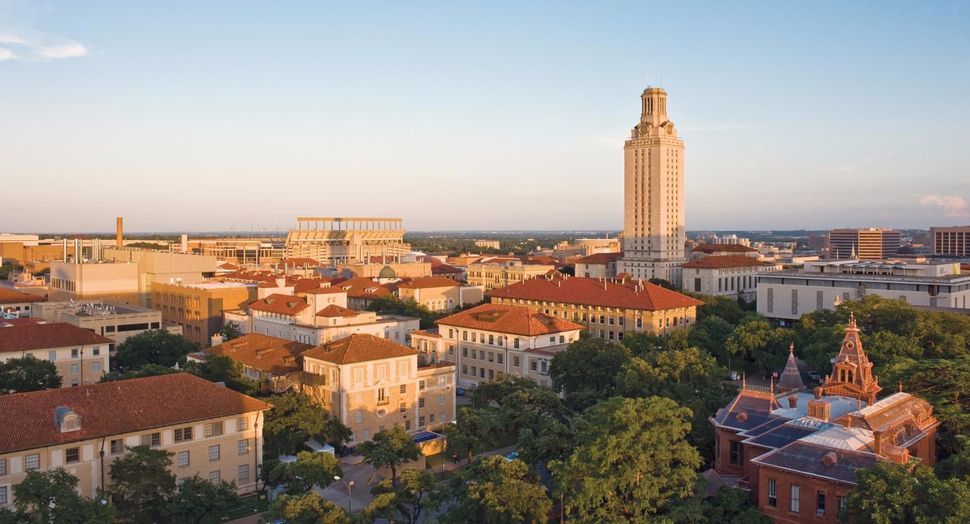 (JTA) — The student government at the University of Texas in Austin unanimously passed a resolution in support of Jewish students on campus.

The resolution passed on Tuesday came after a window was broken at the campus Hillel and following anti-Semitic posts on the UT 2020 Facebook page, the Daily Texan student newspaper reported.

“Several Jewish students that I know don’t even feel comfortable wearing their (Star of David) necklace out or small things like that just to express their religion,” Jonathan Dror, an author of the resolution, told the student newspaper.

Hillel said in a statement issued last week after the vandalism that it was “working to take specific actions to ensure the safety of the Jewish community on campus,” and would provide more details on those actions when they become available.

More than 3,000 Jewish students attend the university in Austin.