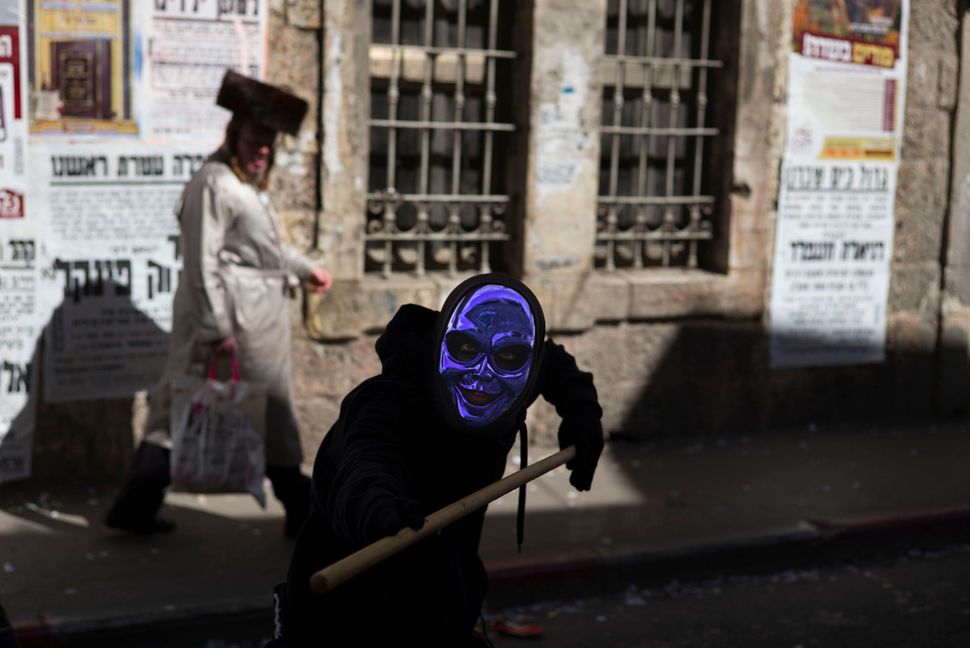 Purim is the Israeli Halloween. Pop-up costume shops appear in the weeks ahead, children dress up for school and hamantaschen are as ubiquitous as mini Snickers bars.

But there’s a darker side to the holiday, too. The Purim story is a tale of revenge. After Esther and Mordechai foil Haman’s plot to kill the Jews, they exact a painful revenge on their Persian enemies.

On Purim, some extremist Jews take the story literally, linking the ancient Amalekites, the anti-Semitic tribe to which Haman belonged, to modern-day Palestinians.

Over the years, there have been reports of violent attacks against Arabs on Purim perpetrated by Jews, and attacks on Jews by Palestinians. The most notorious event was in 1994, when Baruch Goldstein massacred 29 Palestinians in the Cave of the Patriarchs in Hebron.

For this year’s Purim, some Israeli kids are dressing as Elor Azaria, the Israeli soldier who killed a prone Palestinian suspect. Many Israelis view him as a hero, wrongfully punished for protecting the nation.

But Israeli President Reuven Rivlin sang a Purim song at an event this week to honor Jehan Jaber, an Arab Hebrew teacher in Taibe.