POLL: Some New York Jews Would Still Vote For Trump 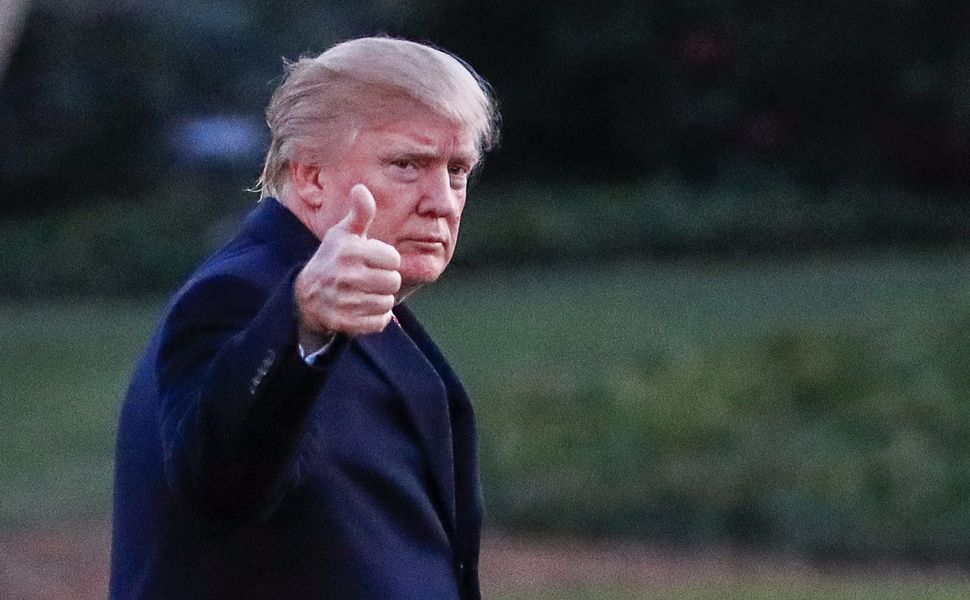 More than half of Jewish respondents said they would vote for Donald Trump over Hillary Clinton if the election were held again in a poll conducted by a New York paper.

The poll targeted voters from neighborhoods in Brooklyn, Queens, Manhattan, Nassau County and other locations including the Bronx and Albany — areas where the New York Jewish Life newspaper is distributed and which the paper identified as predominantly Jewish.

It’s not clear how scientific the poll was. New York Jewish Life received responses from 951 voters, more than 88 percent of whom identified as Jewish.

“The numbers give us a glimpse into the divide between the thinking of predominantly Jewish communities and that of the rest of the New York City metro area,” an accompanying article from New York Jewish Life’s editor reads.

NYJL is a new media venture and newspaper from onetime advisor to Senator Chuck Schumer and political pundit Michael Tobman. This poll is included in the outlet’s inaugural print edition.

POLL: Some New York Jews Would Still Vote For Trump