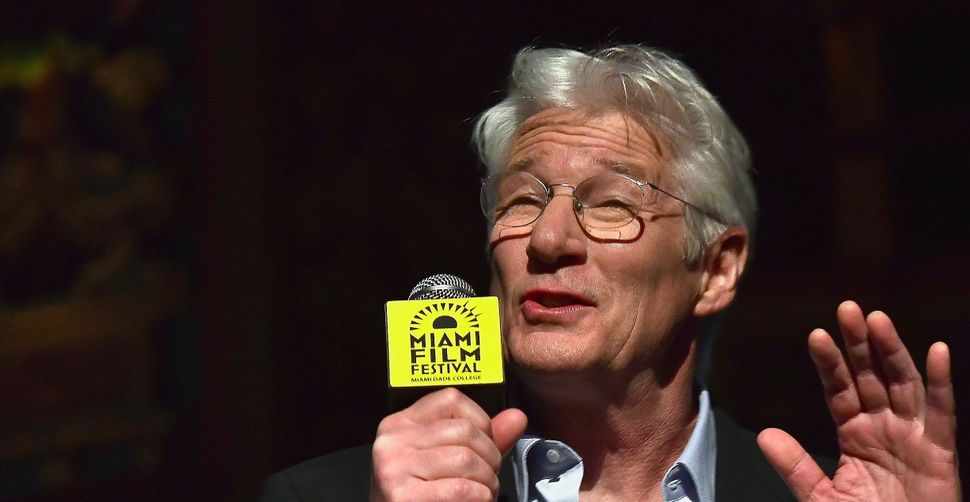 Hollywood actor Richard Gere delighted fans after walking the red carpet in Jerusalem for the Israeli premiere of his new film “Norman: The Moderate Rise and Tragic Fall Of A New York Fixer.”

The “Pretty Woman” star plays Norman Oppenheimer, a veteran “fixer” in New York’s Jewish community who runs into trouble when he tries to win over a visiting Israeli politician, played by Israeli actor Lior Ashkenazi.

In the film, screened at Jerusalem’s Cinematheque on Wednesday, Gere’s character’s life changes when he buys an expensive pair of shoes for an Israeli dignitary who eventually becomes prime minister.

Critics have said the storyline is reminiscent of the connection between former Israeli Prime Minister Ehud Olmert, and a New York-based businessman alleged to have given him cash envelopes. Olmert is currently serving jail time for corruption.

Israeli-American writer-director Joseph Cedar said he felt compelled to explore the life of a “fixer” – someone who thrives on connecting with people and getting in with the right crowd – from his own personal life experience.

Gere said he was not getting involved in the politics of the region and the challenge for him was portraying an unusual personality.