This Hasidic Purim Costume Hat Doubles As A Snack 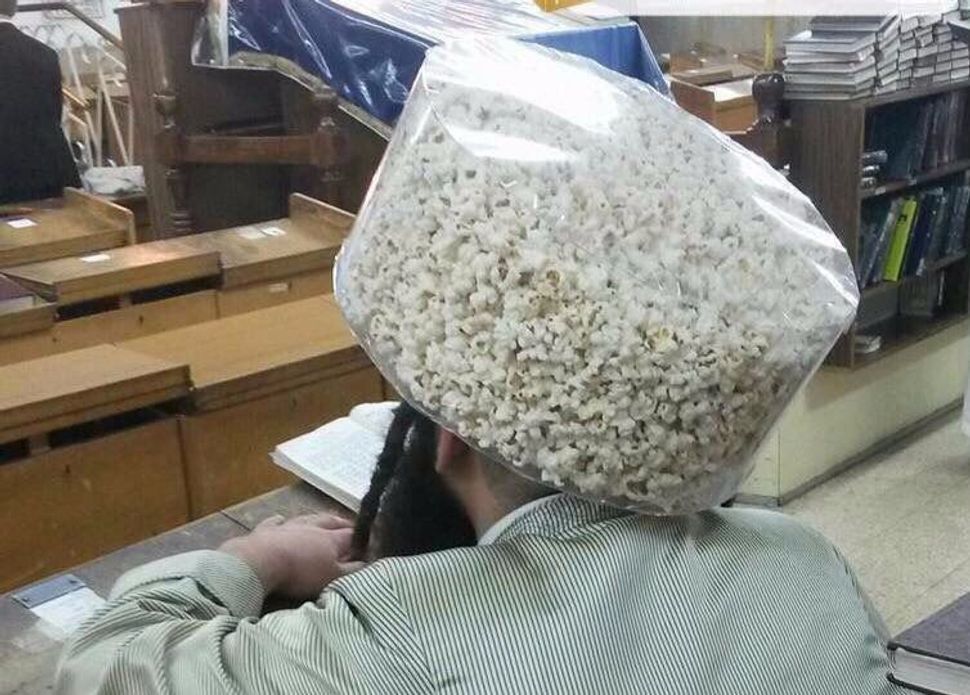 An ultra-Orthodox Purim reveller has what might be our favorite costume this year for its sheer snackability.

It’s a popcorn streimel. The streimel is a wheel-shaped hat typically worn by married ultra-Orthodox men. The hat is usually covered in marten or fox fur, but this guy filled his with popcorn.

Israel Broadcasting Authority journalist Sam Sokol, who shared the image on Twitter, said that its provenance is unknown.

Also making the Whatsapp rounds. I want a #popcornstreimel pic.twitter.com/DzdCs1Z3XP

This Hasidic Purim Costume Hat Doubles As A Snack