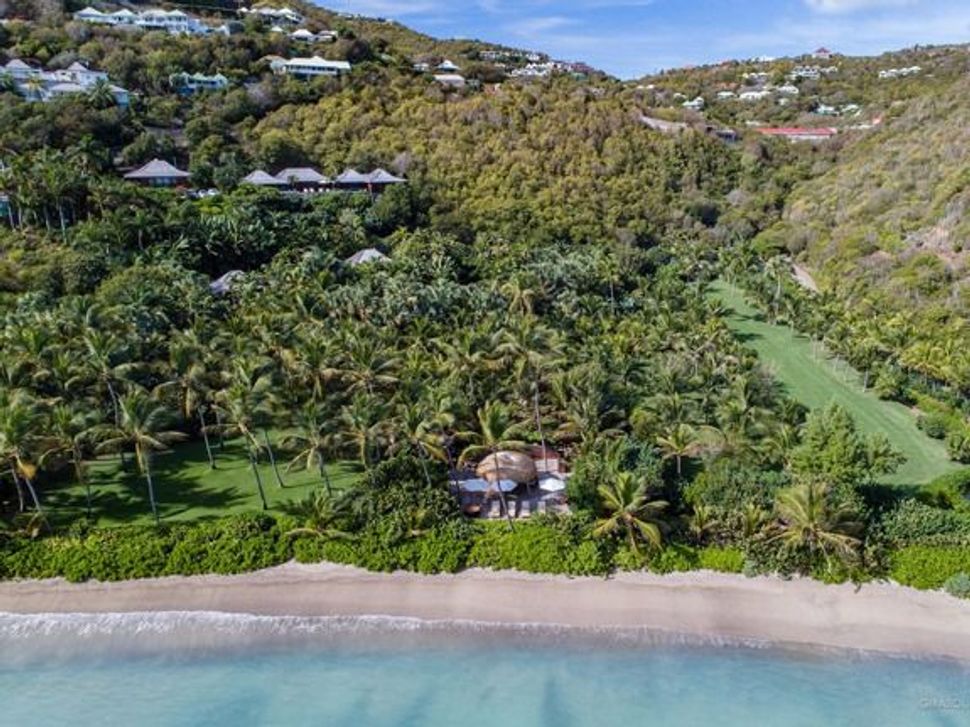 A sprawling Caribbean estate first owned by Benjamin de Rothschild, complete with a coconut grove and private beach, can be yours for a hot $67 million.

The “Girasol” property, located on the French-Dutch island of St. Barts, otherwise known as St. Barthelemy, includes two villas, with six bedrooms in total. Its private shoreline runs for over 500 feet, and the waters around it are considered a natural protected area.

The current owner of Girasol is Bruce Kovner, an ex-hedge fund manager who bought the place from Rothschild a decade ago.

Rothschild is the last scion of the family’s French branch; a seventh-generation descendant of dynasty founder Mayer Amschel and considered the richest Rothschild today. As for Judaism, he “upholds the tradition” of Yom Kippur.

“Girasol truly is a work of art with every detail perfectly and meticulously executed. The setting is truly a paradise, graced with the sounds and floral aromas which define St. Barth’s living,” Rick Moeser, executive director of Christie’s International Real Estate, wrote in a press release.