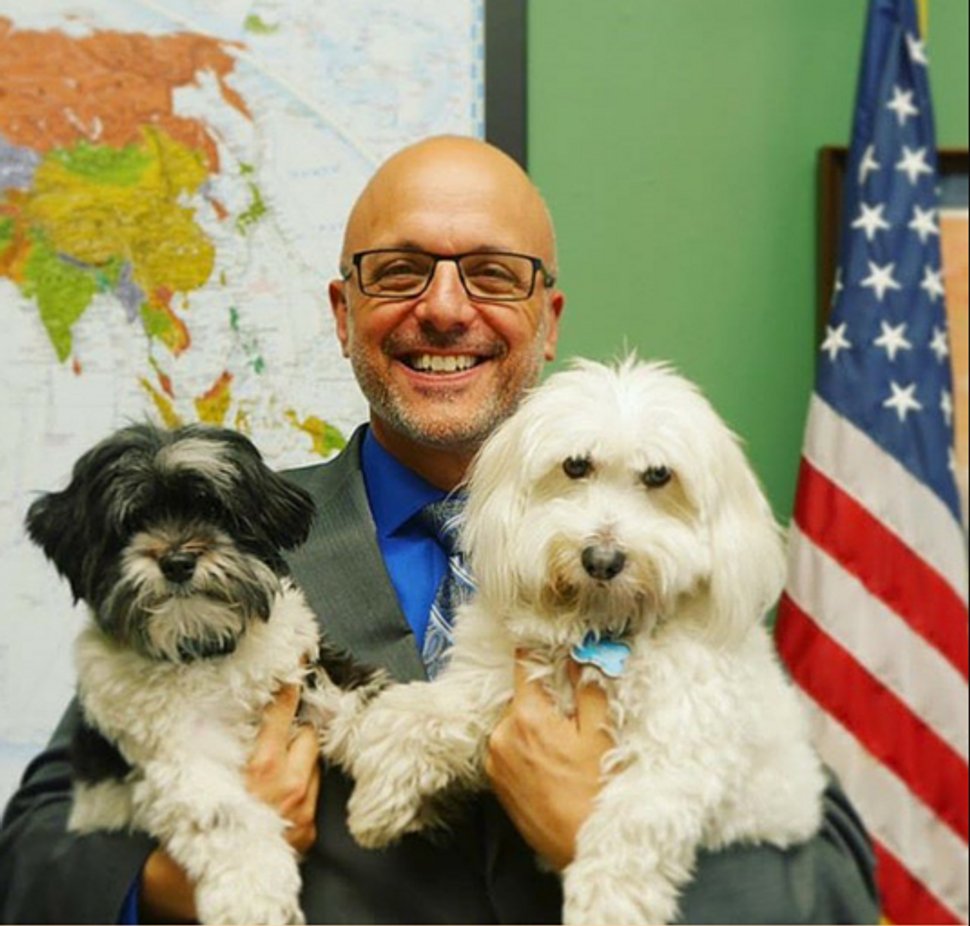 Congressmen Ted Deutch and his furry friend Virgil took to Twitter today for an important announcement: There’s a new bipartisan bill in Congress aimed at preventing cruelty to animals.

Congressman Ted Deutch and Congressman Lamar Smith reintroduced the Preventing Animal Cruelty and Torture (PACT) Act today, a bill which would strengthen a 2010 law that criminalizes the depiction of animal cruelty, but allows the cruelty itself to go unpunished.

Virgil’s here to join me in announcing some big news: @LamarSmithTX21 and I just reintroduced the PACT Act to prevent animal abuse. pic.twitter.com/Xbbls0ju3o

“Americans from across the political spectrum agree that we should do more to protect animals from abuse,” said Congressman Deutch. “It’s time for Congress to take the next step and criminalize reprehensible abuse of animals.”

At the end of the video, Virgil (the dog) and Congressman Deutch show off a special trick to celebrate.