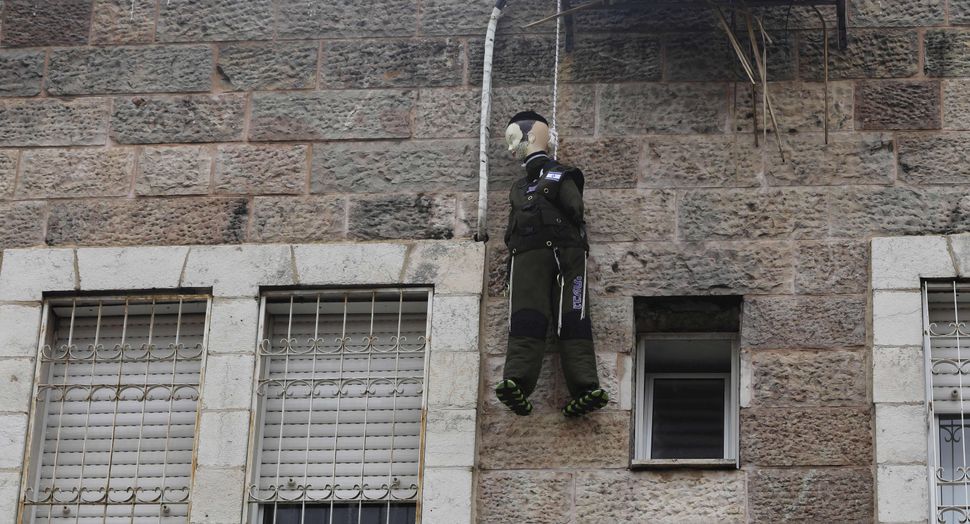 One of the effigies, which were hung by their necks, had a sign reading “hardak out.” Hardak is a derogatory term for haredi men who serve in the army.

Police removed the effigies, surrounded by jeering crowds, and turned them over for forensic examination on Monday. Ynet reported that the police have asked the state attorney to launch an investigation for incitement.

In a statement, police said they “will take a hard line in investigating and prosecuting those involved in this incident.”