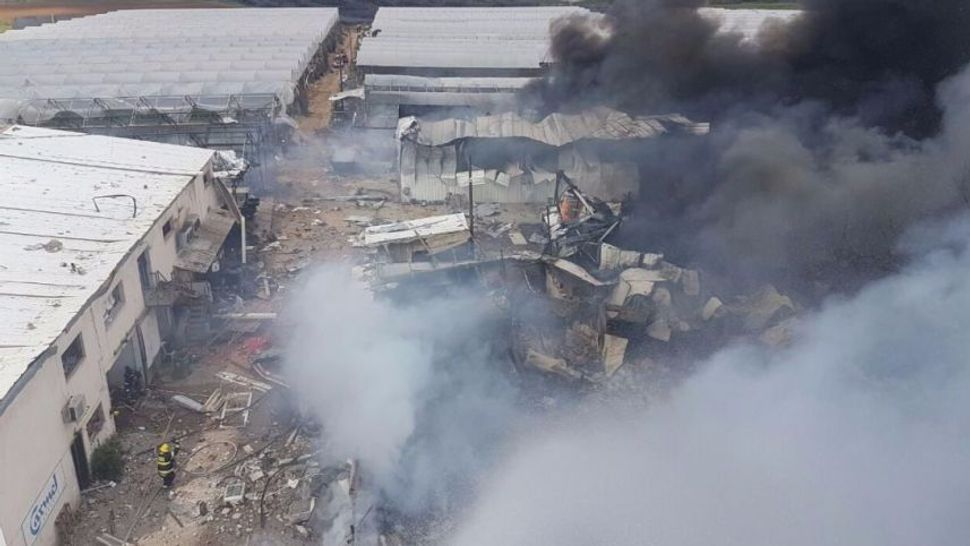 Two people were killed and five injured in a blaze at a fireworks warehouse in central Israel on Tuesday, police said.

Video footage showed a series of furious explosions as thousands of fireworks erupted in rapid succession.

The roof of the warehouse was ripped off and nearby buildings were damaged in Porat, an agricultural community near Netanya, a city on the Mediterranean north of Tel Aviv.

Police spokesman Micky Rosenfeld said that of the five injured, one was in serious condition. Forensic units were scouring the area for evidence of how the blaze began, he said.