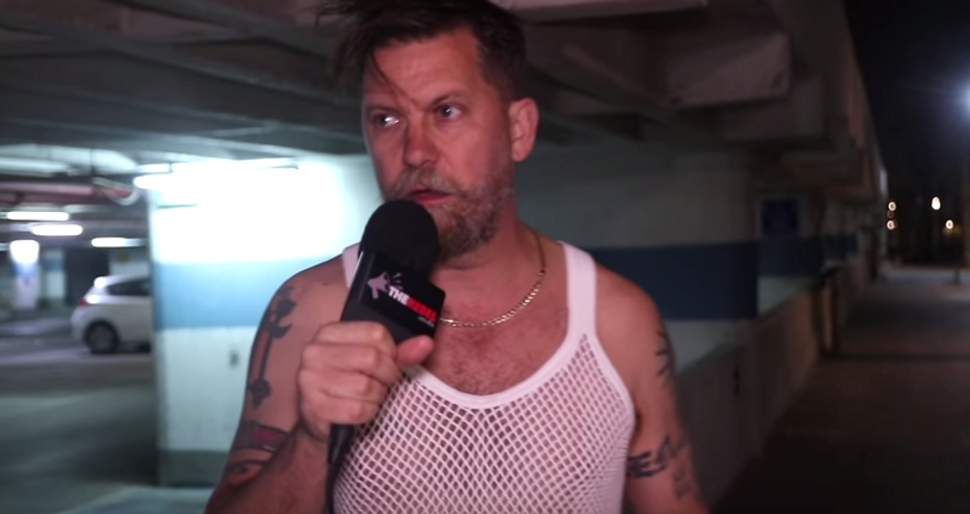 Following a visit to Israel, Vice co-founder Gavin McInnes — who left Vice a decade ago — launched into a rant against Jewish people and the Jewish state, in a post inventively titled “10 Things I Hate About Jews.”

According to McInnes, Hebrew is “spit talk” and “whole language is clearing your throat, it’s like Gaza, they’re launching little tiny missiles from your mouth onto your shirt.” Israelis, he said, have a “whiny paranoid fear of Nazis that’s making them scared of Christians and Trumps who are their greatest allies.”

He added that Jews are not grateful enough to America for defeating Nazi Germany, stating, “Sorry we didn’t do it in time, but we still saved you. It’s like a black guy going ‘yeah white people did slavery’… well they didn’t start it but they did end it… so maybe be a little more positive about it?”

The video, whose title now has been changed to “10 Things I Hate About Israel,” has garnered over 60,000 views.

McInnes is now working as a correspondent with Rebel Media, a Breitbart-like outlet that’s popular among Canada’s nascent far-right. The reporter has gotten into trouble before for controversial statements about transgender people and Muslims. He appeared at New York University in February, leading to violent protests outside the venue.