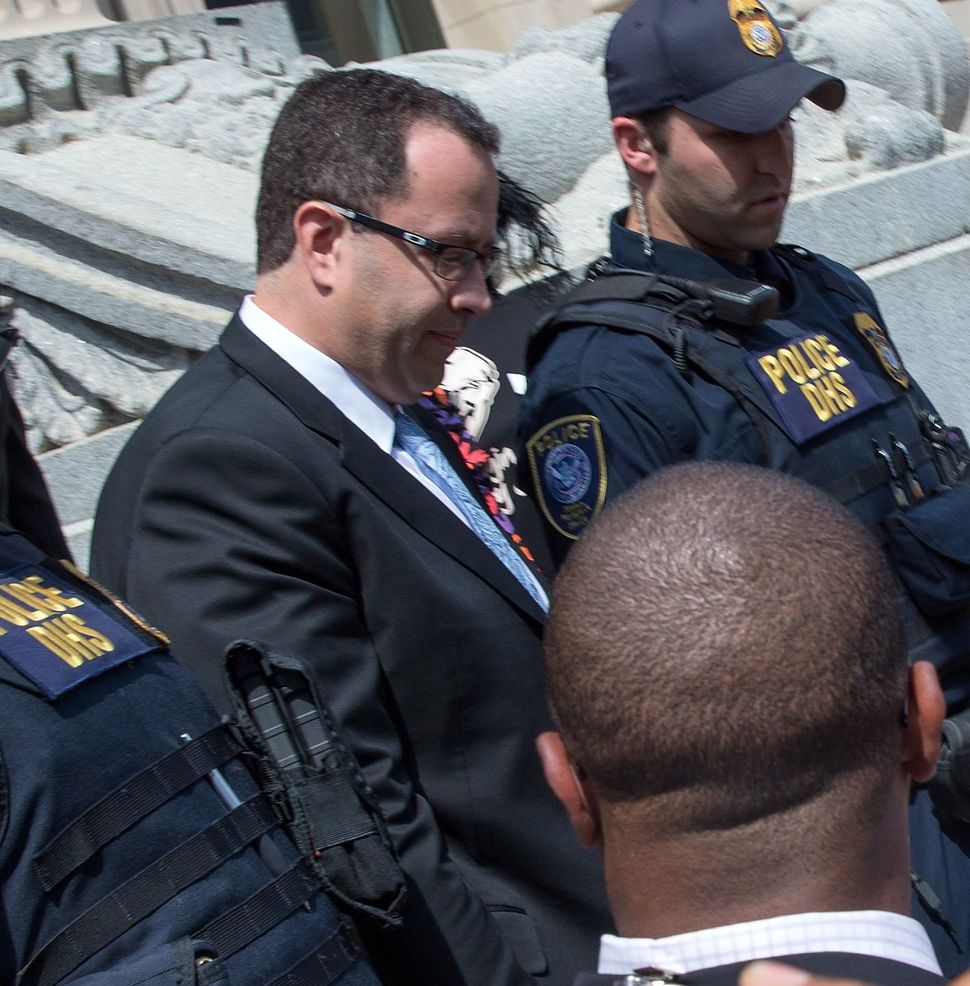 The man who last year administered a whipping to convicted child molester Jared Fogle said that he brought the beat-down on the disgraced Subway pitchman because he was being celebrated by his fellow pedophiles in prison.

“Jared is their hero,” the assailant Steve Nigg told the Hollywood gossip site TMZ. “You would not believe how arrogant Jared was. He hired bodyguards and the other child molesters looked at him as if he was a god.”

The attack left Fogle with a broken nose, swollen face and scratches and Nigg was subsequently put in solitary confinement and transferred to another prison. He told TMZ that he no regrets about his actions.

Fogle is serving a 15-year sentence for possession of child pornography and crossing state lines to procure minors for sex. He was once an aspirational figure, hawking his story of losing weight on the Subway diet to millions of Americans.