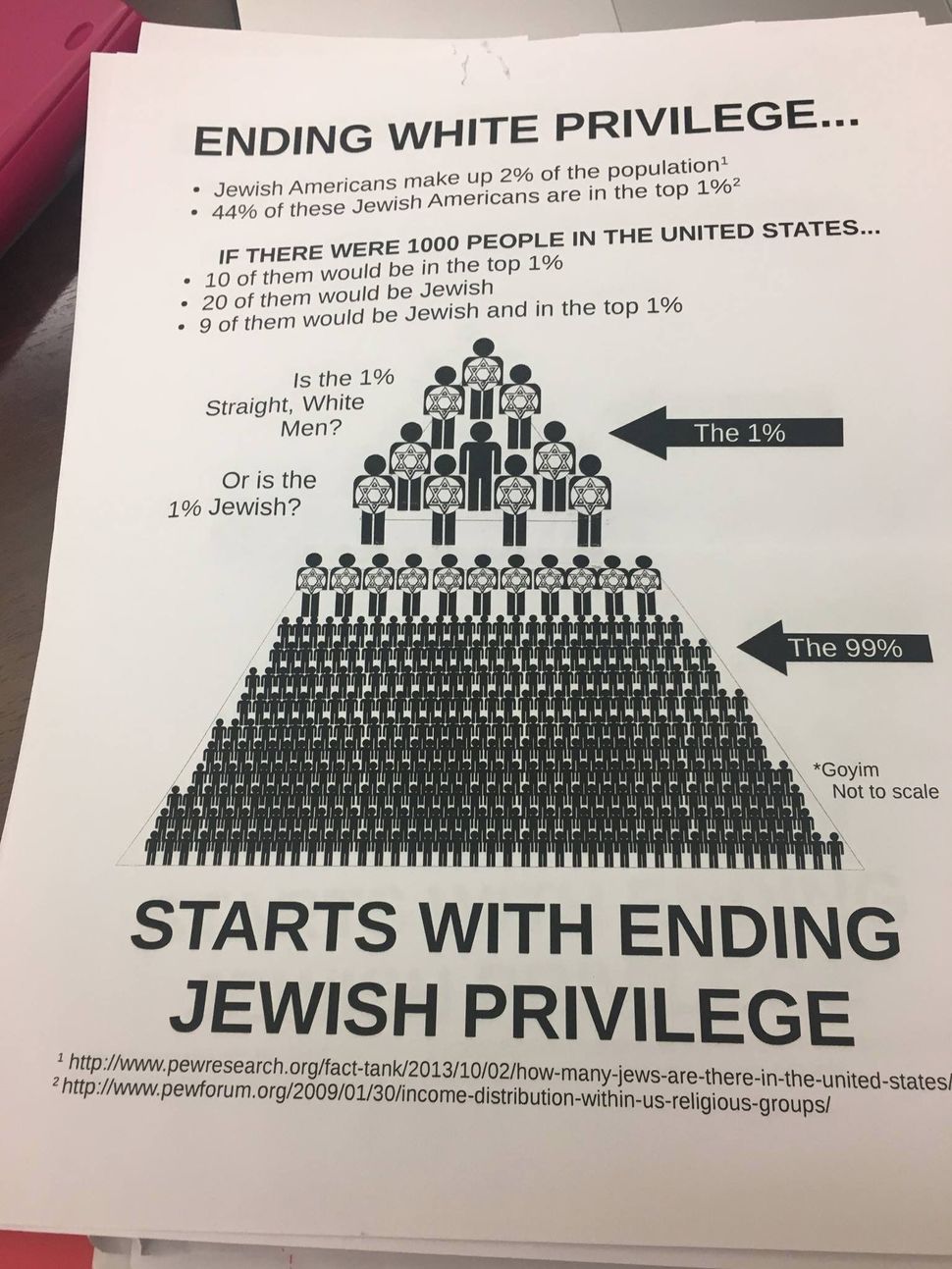 Anti-Semitic fliers calling for an end to “Jewish privilege” have been strewn all over the campus of the University of Illinois at Chicago, according to student Eva Zeltser, who posted an image of the poster with her commentary on Tuesday.

Forty-four percent of American Jews, it alleges, are in the top 1% of income earners, a gross exaggeration of the facts, claiming to base the assertion on data from a Pew study. That Pew study, on income across different religious groups, found that 46 percent of Jewish households in America make over $100,000, hardly a sum that puts one in the 1%.

“Found all over the UIC campus. Things like these posters are actively posted to catalyze anti-Semitism and increase hate toward Jews,” she wrote in a Facebook post. “While I try to abstain from writing personal narratives on Facebook, enough is enough. If you are against hate crimes against one group, you should be against these acts of violence for ALL groups.”