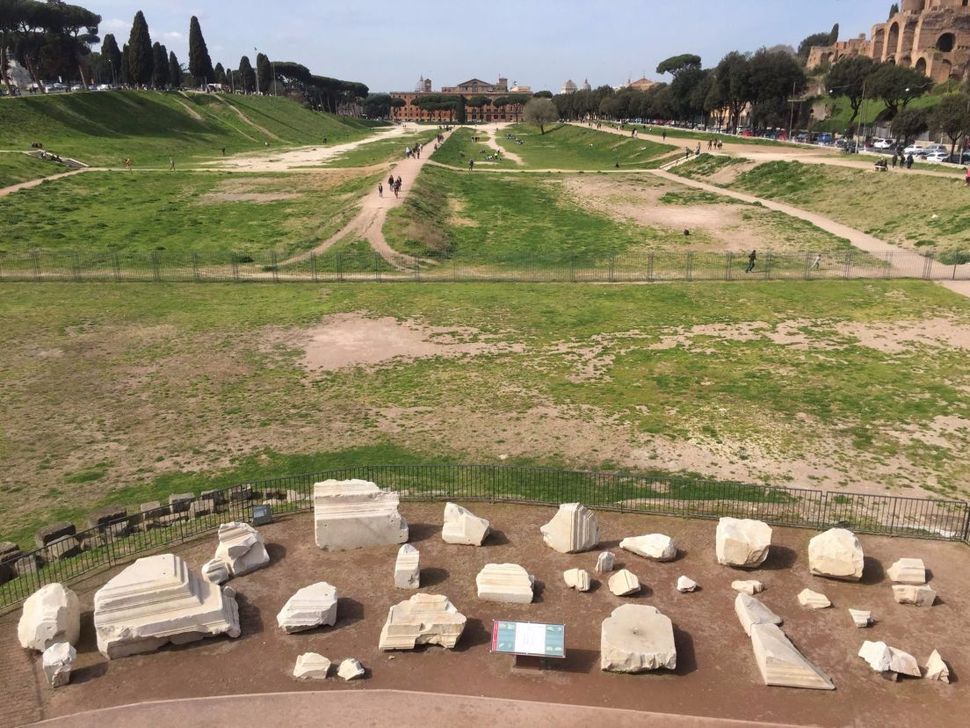 Remains of the second Arch of Titus in Rome. Image by Haaretz/Ariel David

Archaeologists in Rome have discovered the remains of a second Arch of Titus commemorating the siege of Jerusalem by Roman emperor Titus in the 1st century C.E.

Like the original Arch of Titus, it was built around 82 C.E. by Domitian, the younger brother and successor to Titus as the leader of the Roman empire. The second arch was located less than a mile away from the first one.

According to a Haaretz interview with lead archaeologist Marialetizia Buonfiglio, it was rare for Roman leaders to build two monuments to the same war. Domition may have built the second arch as a way to boast of his power after Rome had just weathered a devastating fire and the destructive eruption of Mount Vesuvius.

The original arch of Titus is one of the most iconic depictions of Jewish history in the world. Located on the Via Sacra in Rome, it includes a detailed relief of the siege of Jerusalem.

A menorah on the arch was used as a model for the official symbol of Israel. Until the founding of Israel in 1948, rabbis prohibited Jews from walking under the arch.