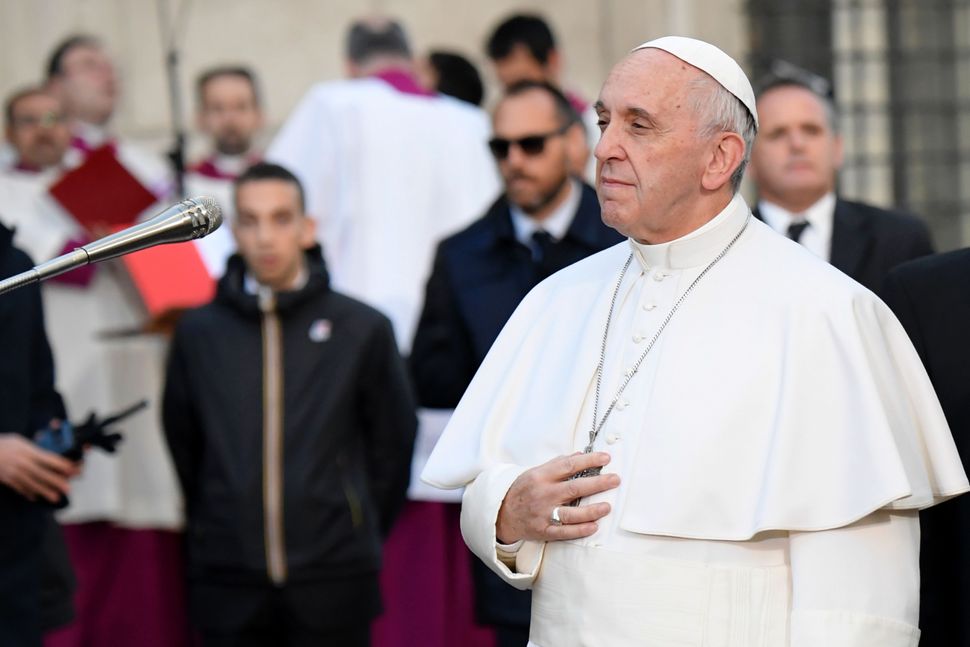 In his push to open up Catholic communion to the divorced and remarried, Pope Francis has portrayed his critics as stubborn legalists and Pharisees who “sit in the chair of Moses and judge.”

It’s language that, for at least one rabbi, evokes anti-Jewish stereotypes.

The flare-up was highlighted in the religious journal First Things.

In a recent letter objecting to this language, Giuseppe Laras, an Italian rabbi, criticizes these homilies as promoting what he calls anti-Jewish stereotypes.

Laras describes an undercurrent of “resentment, intolerance, and annoyance on the Christian side toward Judaism; a substantial distrust of the Bible and a subsequent minimization of the Jewish biblical roots of Christianity.”

Laras acknowledges that there have been improvements in broader Catholic understanding of Judaism and Jews — but worries that Francis’s homilies are diluting the power of those positive developments.

“Too many authoritative Christian voices — both bishops and theologians — have greeted Pope Francis’s anti-Jewish rhetoric with silence, smooth excuses, or applause,” First Things editor Matthew Schmitz writes. “When will they speak out with the boldness of Rabbi Laras?”