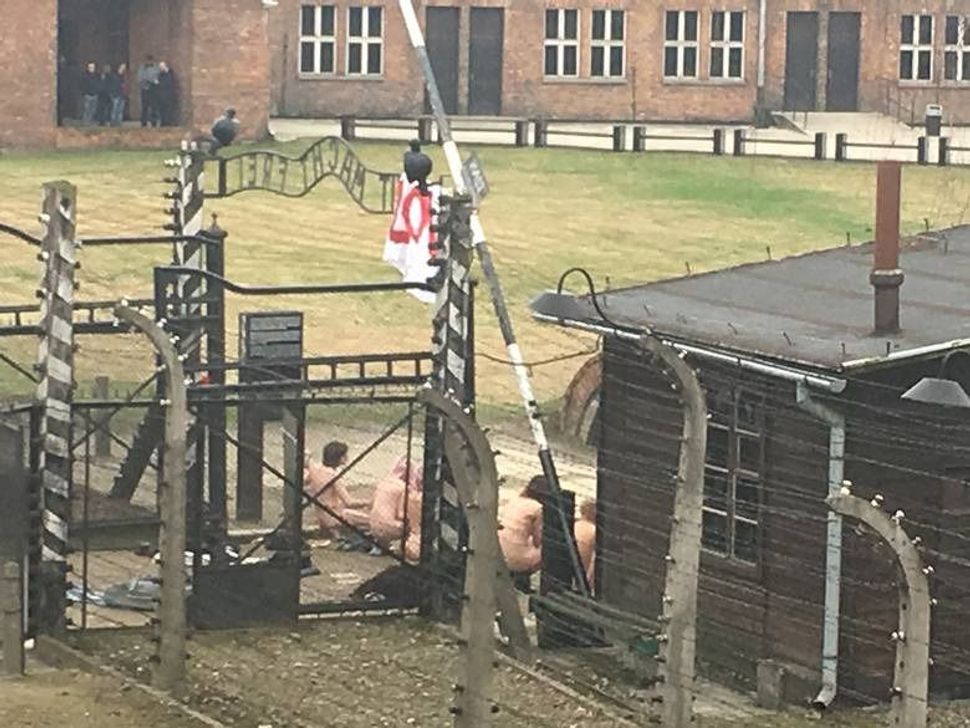 The memorial site at the Auschwitz-Birkenau concentration camp in Poland was closed for a short time on Friday due to the actions of a group of about a dozen protesters who slaughtered a sheep, lit a fire, took off their clothes and chained themselves to the famous gate that reads “Arbeit Macht Frei” (“work sets you free”).

The protesters also draped a white banner emblazoned “love” over the famous sign. A spokesman for the Auschwitz memorial said the protesters’ motives were not clear, but some reports suggested that the group was protesting against the armed conflict in Ukraine.

The group reportedly used a drone to film the disturbance.

The museum said the guards ordered the group to dress and alerted the police. The site was temporarily shut down and the museum intends to file a formal complaint with the prosecutor’s office. A police officer on duty, Grzegorz Babiuch, told reporters the group of young people was detained for questioning.

“The police [are] investigating the case,” the museum said in a statement, adding that visitors could return to the site after their work is completed.

“Using the symbol of Auschwitz to any kind of manifestation of happenings is outrageous and unacceptable. It is disrespectful to the memory of all the victims of the German Nazi Auschwitz concentration camp,” the statement said.