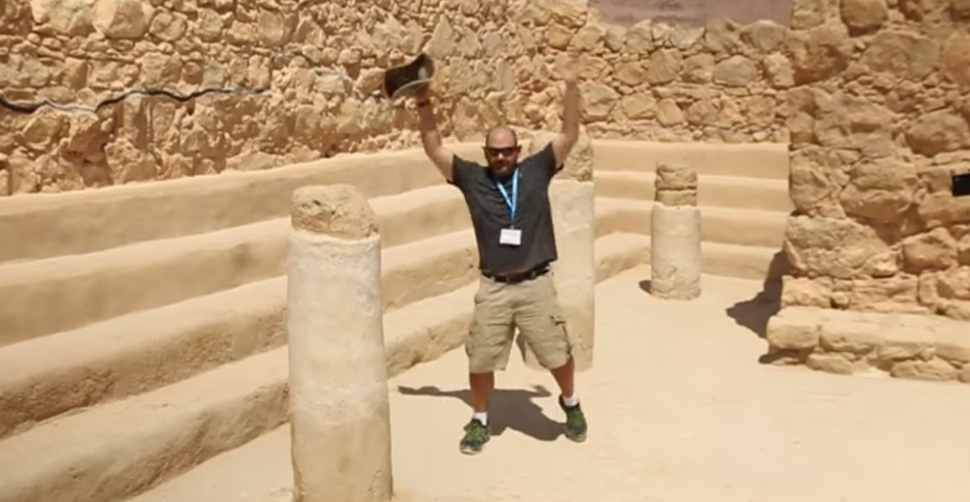 (JTA) — An organization that has brought 10,000 Jewish mothers on subsidized trips to Israel has also brought nearly 1,000 fathers since launching its program for men in 2013.

The Jewish Women’s Renaissance Project, which was founded in 2008 and is based in Rockville, Maryland, to date has brought 975 men to Israel from seven countries, the group said in a statement.

The project comprises week-long trips aimed at bringing non-observant Diaspora Jews closer to Jewish practice. Known as “Birthright for moms” after the similar program bringing young adults to the Jewish state, the Jewish Women’s Renaissance Project is expected to bring this year to Israel a total of 3,500 people, of whom 400 are men, from 26 countries.

Labeled MoMENtum, the trip for men is primarily designed for men whose wives had already participated in the women’s trip. Participation is open to any Jewish woman who has children at home under the age of 18.

The decision to extend the trip to men was the result of demand by husbands who sought to also experience what their wives had experienced, according to Lori Palatnik, the founding director of the Jewish Women’s Renaissance Project.