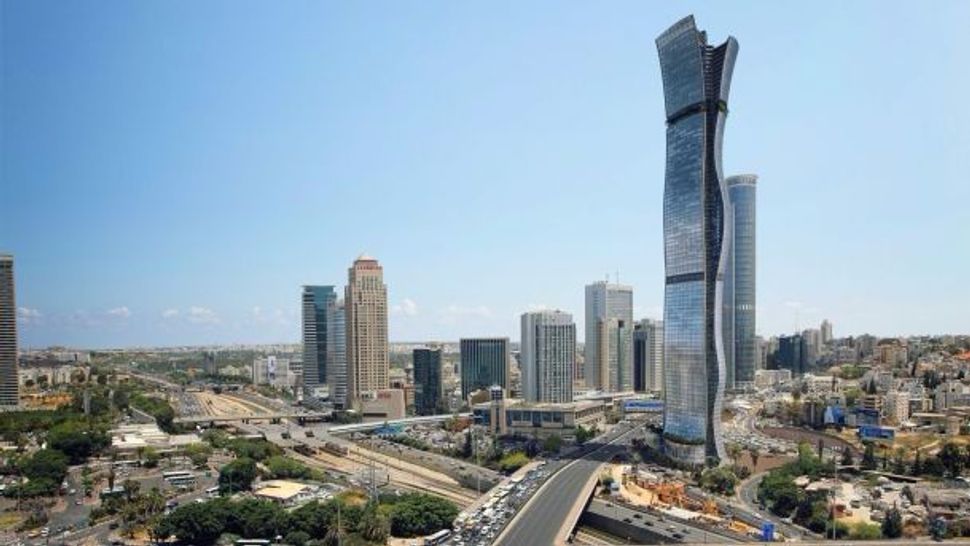 An architectural rendering of the ‘Between the Cities’ tower. Image by Miloslavsky and Schwartz Architects/Haaretz

The project is called “Between the Cities” for its location on the border between Tel Aviv and Ramat Gan, just east of Tel Aviv, Israel’s business publication Globes reported.

The building plan was approved by the Tel Aviv District Planning and Building Committee last week.

Though the “Between the Cities” tower promises to be Israel’s loftiest at 1,310 feet, it will be dwarfed by the other mega towers of the Middle East, such as the towering Burj Khalifa of Dubai, which is 2,717 feet.

In the 1960s, Israel built what was then the tallest tower in the Middle East, Tel Aviv’s Shalom Tower which has 34 floors.