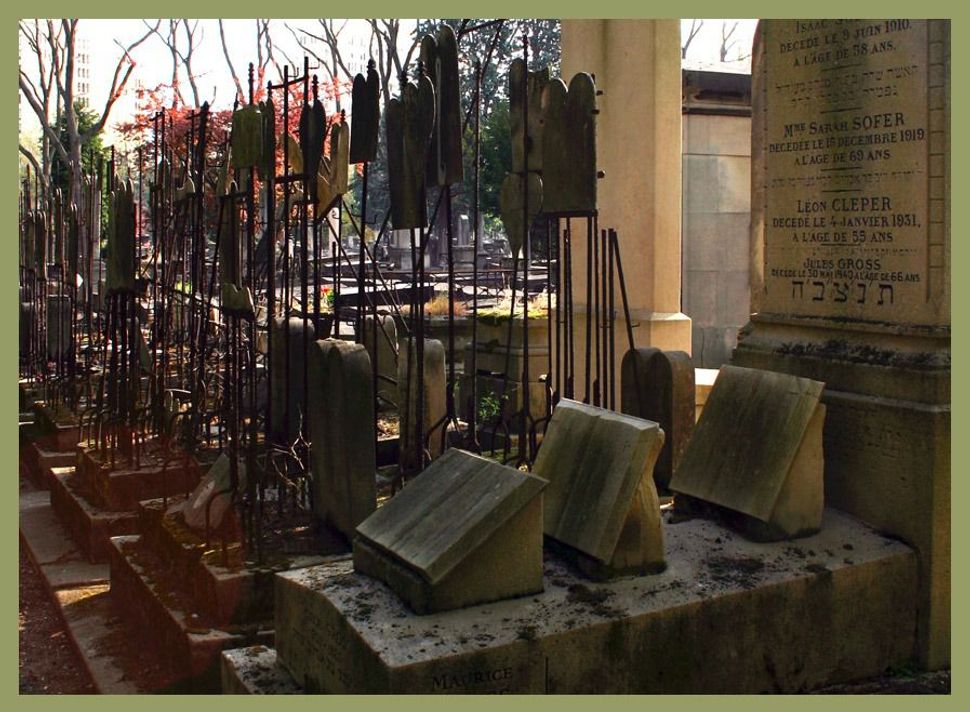 (JTA) — A truck belonging to the city of Paris plowed through a Jewish cemetery near the French capital and toppled 13 tombstones in what authorities said was an accident.

No one was injured in the incident, which occurred March 20 in the northeastern suburb of Pantin.

The driver of the municipal truck veered into the Jewish cemetery late in the afternoon to avoid hitting a car whose driver failed to give the right of way to the truck, the Consistoire of Paris wrote in a statement Friday.

The Consistoire is the state-recognized Jewish group in France responsible for providing religious services to members of the Jewish community, including burials.

The SPCJ, the French Jewish community’s security service, confirmed that the incident was not a deliberate attack on Jewish headstones. The Consistoire informed the families whose relatives’ graves were destroyed in the incident.