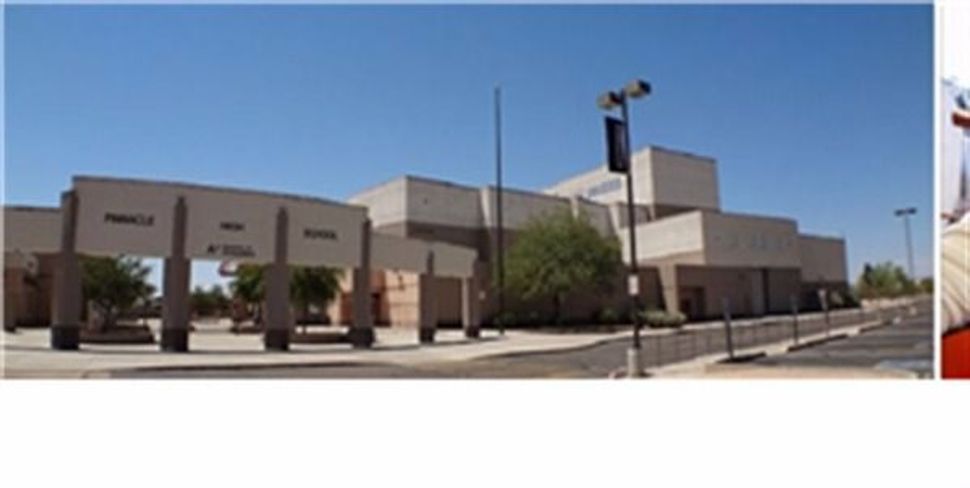 (JTA) — Graffiti including swastikas and the words “white power” were discovered on the auditorium of a Phoenix high school.

The vandalism on the outside walls of the auditorium at Pinnacle High is being investigated by the police bias crime unit, the Arizona Jewish News reported.

“No place for hate in Phoenix,” the city’s mayor, Greg Stanton, tweeted after first tweeting that “Chief Williams briefed me on racist & anti-Semitic graffiti at Pinnacle High. Police will need the public’s help to catch the offenders.”

The Jewish Federation of Greater Phoenix called the discovery “terrible and upsetting.”