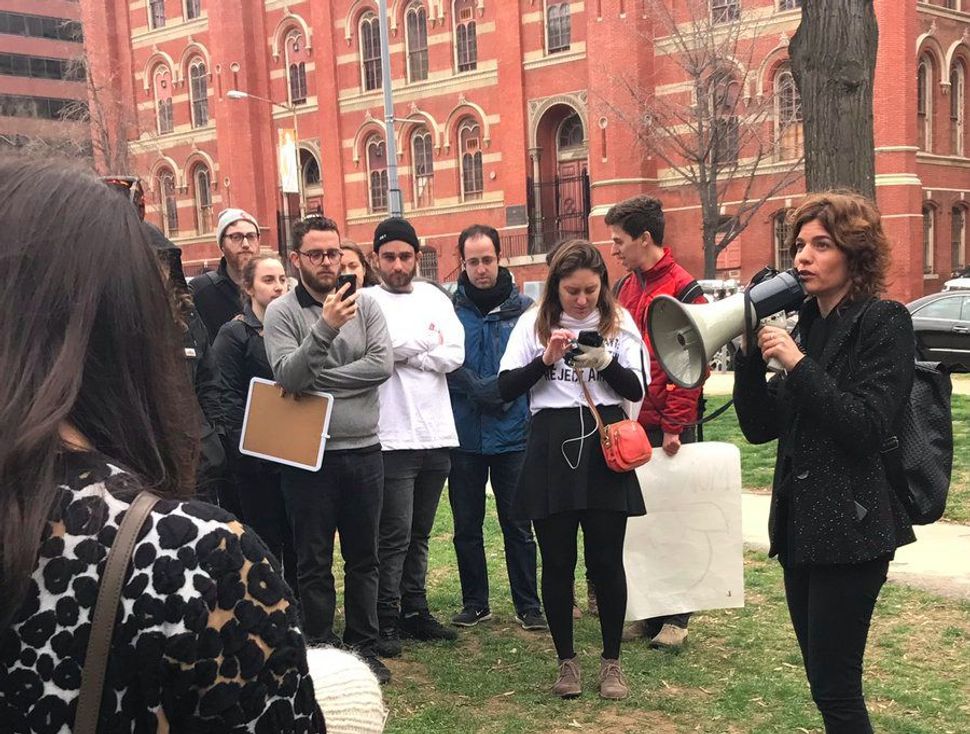 Leftwing Israeli parliament member Tamar Zandberg is facing blowback in Israel for appearing at a protest against the American Israel Public Affairs Committee.

Zandberg, a lawmaker with the leftwing Meretz party, spoke to If Not Now, the anti-occupation group that organized a large demonstration outside of AIPAC’s annual policy conference in Washington, DC on March 26.

Member of Knesset Tamar Zandberg came outside to be with the #JewishResistance. Tamar, thank you for standing with IfNotNow. pic.twitter.com/P9v2xKmgOW

Zandberg’s participation in the protest against the conference drew the ire of several Israeli commentators and news sites.

Mida, a center-right online political magazine, proclaimed that there is “no limit to shame” in the fact that Zandberg spoke to supporters of the movement to boycott, divest from and sanction Israel, known as BDS. (In fact, If Not Now has no position on BDS).

And The Shadow, a right wing Israeli rapper, made a profanity-laced video on Zandberg’s participation.

Zandberg wrote on Facebook that the criticism was a sign that she did something right. For “confused friends,” she wrote that she is “against the occupation and with Israel.”

Zandberg appears on a list of speakers at AIPAC’s conference, along with several other parliament members.